Search
Home
The Ninth Sphere
The first time I ever opened a pack of Magic: The Gathering, I was ten years old. My dad had taken my brother and I to a game store to buy Pokemon cards, which were all the rage at the time. It was either the enticing card display or the idea of casting magic spells that sounded too alluring to resist, because despite having no idea what Magic was, I left the shop that day with an intro deck of Ice Age and some boosters. Alas, I gave up learning the game quickly, because I couldn’t figure out mechanics like cumulative upkeep, and banding, but I kept all my cards because they looked cool. At the time, my favourite images were Illusions of Grandeur and Hurloon Minotaur, because the bright colours and obsessive details were far more realistic and engaging than anything I had ever seen before. 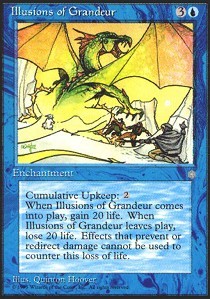 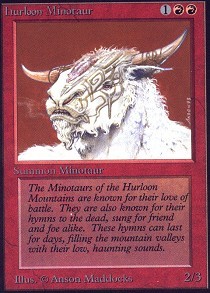 Although I’ve now been playing magic for five years and have seen my share of many new expansion releases, the excitement of seeing new card art for the first time still hasn’t worn off on me. My favourite thing to do when spoiler season starts is to check out which of my favourite artists have work in the set that I can get excited about. But most importantly what i do is decide which cards are going to make my list of “things I want to alter”.

For those who do not know what altering is (which is why we’re all here), it essentially involves painting on a magic card, either by adding on to the existing artwork or painting something entirely new in its place, thus, altering the original face of the card. I started painting magic cards three years ago, and it has been a great way to combine two of my favourite things; playing magic and making art (plus putting my fine arts degree to good use never hurts). Having a formal art background made the transition to altering very easy for me. I already had all of the materials I required, it was just a matter of figuring out where to start. For reference here are some of my early works: Generally, most of my alters are commissions for other people, so I don’t usually have a preference of what I’m going to paint. While I try to take on as many different projects as I can, I always have a list of things I want to paint for myself when I have time. The Ninth Sphere is going to be a bi-weekly series where I alter the cards on that list, and show a step-by-step process completing my work. Most of the paintings I create will try to revolve around cards from new sets, but a lot of the work will be influenced by what you, the reader, would like to see. By posting feedback in the comment section of each entry, you can make suggestions about which cards are altered in later posts, or how the current alters are completed. I also really want to spend time discussing some of my favourite artists, and the artwork that brings Magic to life.

The first alter I’ll be working on for The Ninth Sphere is a panorama view of one of my favorite Steve Argyle images, Monastery Swiftspear. I think the imagery is beautiful, and I would like to see the image extended throughout a whole playset. I think this will be a very fun way to start off the series, and I am looking forward to showing it to you. In preparation for the next article, please feel free to check out Steve Argyle’s youtube video of his drawing process of Monastery Swiftspear: