With the upcoming RPTQ a lot of people who rarely play team events are going to find themselves suddenly thrust into a team environment, and I thought I would take a minute to try to help you navigate that mine field. I’m not here to tell you what to play in Team Unified Standard because it’s not really my place, but I can help you figure out what successful teams do. I have had pretty good success over the years in team events and I will also be playing in the RPTQ in hopes of qualifying for the Pro Tour. Here is what I’ve learned.

Decide if you are playing with friends for fun or trying to assemble the best possible team to win the whole thing.

The first thing you need to decide is whether you are seriously trying to qualify for the Pro Tour, or just trying to see if you and your friends can spike the tournament and go on a run. Of course sometimes you happen to have two friends who are also in the same skill level as you and then it’s easy, but the reality of it is that most of the time that’s not how it is. I’m not saying to ditch your friends to go try to find a Super Team but I think it’s important to set your expectations in a realistic manner. Too often I’ll see teams with a player who is much better than his teammates and he gets frustrated when they are losing or making mistakes. There’s nothing wrong with playing with friends who are less talented or not as practiced at the game, but if you do, managing expectations is key. There’s nothing more fun than winning with friends, but skill discrepancy is one of the biggest reasons people get frustrated in team events. If you’re making a serious go at it, find the two best local players you know and ask them to join your team. 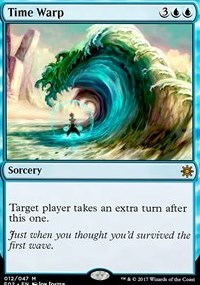 Realize that not everyone has the same amount of time to prepare for a tournament.

Some people can spend a few hours on Magic Online every night or go play local events on paper while others have a full time job with a family or other obligations and can only play a few hours a week. That doesn’t mean they shouldn’t be on your team, or that you can’t find a good team if you’re in that position, but maybe that’s the person who should be playing the aggro deck on the team instead of the control deck.

Figure out who sits in the middle seat.

A lot of teams overlook this part and I see a lot of middle players throw games away from having to answer questions from their teammates. Ideally you want the player who is the fastest at playing or the most experienced in the format to sit in the middle. It might seem like every seat is the same, but if you are constantly being asked by a teammate what the right play is or if he should keep or mulligan a hand it can get distracting. Something else to keep in mind is that it helps if the person who sits in the middle has played the decks his two teammates are playing in some leagues and has an understanding of what they should be doing. Another alternative is simply putting the player with the least experience in the middle, so that both players on the sides can help him at any time. At the end of the day maybe your team has no one that really feels comfortable being asked to help during games and that’s fine too, but again being realistic about what you can and cannot do is the most important here.

Put players in the right position for them and not the metagame.

What I mean by this is that maybe you have come to the conclusion that the three best decks for the format are, for example: Mono Red, Blue White Control and God-Pharaoh’s Gift. You know you can play the Gift deck well and one of your teammates always plays Mono Red and you default to giving your last player the Blue White deck. Well, maybe that third player never plays control and overall it would be better for the team to have him play the Mono Green Stompy deck he has been doing well with. Giving up a few percentage points overall to have someone pilot a deck they are more comfortable with and have had more success with is almost always going to be a better decision. 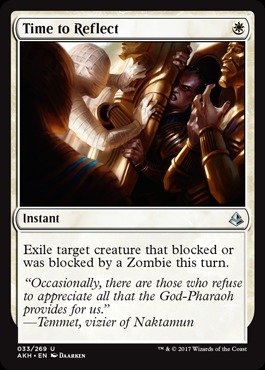 After the tournament is over reflect on how it went realistically.

If it went well and you guys either qualified for the Pro Tour or achieved the goal you set for the team, congratulations (could be making top 8 or even just going .500). If it went poorly, however, try to figure out if it was because you guys were a poor match or if you simply got unlucky or lacked preparation. Don’t be the guy who blames his teammates at every opportunity and talks poorly about them behind their backs. There’re a lot of team events around these days and you might want to team with these people or others again, and Magic is a small community in most areas. Not only will your teammates resent you if they hear you talking behind their back, others who didn’t team with you will see what kind of teammate you are (though to be fair, this one could just be applied to how you should conduct yourself in life).

At the end of the day, come prepared and try to have fun. Winning with friends is the absolute best feeling in Magic, trust me. I wish you all the best of luck and I’d love to hear your success stories in this upcoming RPTQ season.