Let’s get back Into the Arena! Last week I dove into two Historic decks that will be great to try out on the ranked ladder or in tournaments this summer. This time around I’ll be looking at two interesting Standard decks that will be just as great for building online or in paper. The Standard format has been somewhat less tumultuous than Historic as of late, but what the format lacks in change it makes up for in diversity. There are a variety of decks that can compete at the top level, and a couple versions of each one as well. I think this makes the format great for deck tuning, and if you enjoy taking existing decks in new directions then there is plenty of work to be done! Below I will be looking at two decks that have been around for a while but continue to evolve.

One deck that has been around for a while and is looking good these days is Naya Adventures. Playing Edgewall Innkeeper alongside various adventure creatures has been a common theme in Standard for over a year, and this deck utilizes that package alongside powerful new cards including Toski, Bearer of Secrets, Showdown of the Skalds, and Elite Spellbinder. Since almost all the cards this deck wants to play have no more than a single mana of each colour in their cost, we can play Jegantha, the Wellspring as a companion. This adds a good amount of consistency and late-game power. 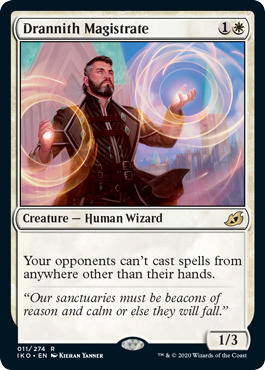 This deck has the tools to fight everything from Sultai Ultimatum to Mono-Red Aggro, and it often gets better after sideboarding. The typical plan for Naya Adventures is to go wide, play some disruption such as Stomp or Elite Spellbinder, and then take advantage of its board state with Toski or Showdown of the Skalds. One of my favourite cards in the deck is Drannith Magistrate. Not only does the pesky human shut down opponents’ Emergent Ultimatums and creatures out on adventures, it also keeps your opponents from playing cards that have been exiled from their hand by Elite Spellbinder. I like this deck because it gives you a fighting chance in any matchup, and frequently lets you dictate the pace of the game. I fully recommend giving it a spin on the Ranked Ladder or in any Standard tournaments!

Rogues is another deck that has been popular in Standard for a while, ever since the release of Zendikar Rising. The tempo deck uses the unique approach of milling the opponent in order to enable cards such as Into the Story and Thieves’ Guild Enforcer, and has been annoying the heck out of opponents for nearly a year. The archetype hasn’t really received any new cards from recent sets, but it still has the tools to compete. Rogues can be built differently depending on what decks you’re trying to beat. In today’s diverse metagame it can be difficult to decide what to prepare for, but it is always a safe bet to bring counterspells to beat Emergent Ultimatum and removal for the aggro decks. Heartless Act is typically the go-to removal spell, but the choice of counterspell is often more difficult. Mystical Dispute to beat the blue decks? Disdainful Stroke to fight Embercleave and control decks? Didn’t Say Please to try and have an answer to anything? None of the counterspells in Standard are entirely appealing, but when played in moderation they are an important part of controlling games. 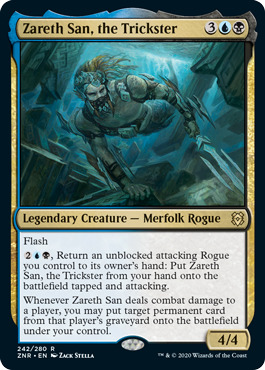 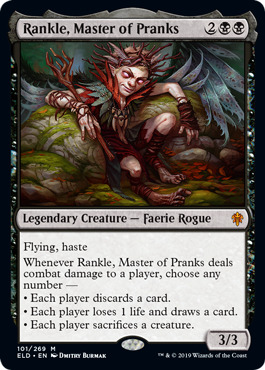 Rogues is a Lurrus of the Dream-Den deck, but I think there is an argument to be made against the companion here more than in most situations. Obviously having a powerful creature you can play every single game is a strong advantage, and the benefits can’t be overlooked, but there are some powerful cards that Rogues doesn’t play in order to fit Lurrus into the companion slot. Nighthawk Scavenger and Zareth San, the Trickster are both game-changing cards, and could be worth making a version of the deck without Lurrus. Scavenger is a nightmare against aggressive decks, while Zareth San can often end the game after one hit on an Ultimatum player. Aside from these two cards, Glasspool Mimic and Rankle, Master of Pranks are also powerful additions. Versions of the deck playing Lurrus are still going to be the more consistent choice going forward, but I think there is something to be said for playing these game-changing cards that happen to cost more than two mana.

Aside from the creatures, the efficient black removal is another great reason to play this archetype. Crippling Fear, from Kaldheim, is a card that only Rogues really has access to. The four-mana one-sided sweeper is a beating against Mono-Red and Mono-White and is a clean answer for everything from Bonecrusher Giant to Seasoned Hallowblade. Baleful Mastery from Strixhaven is another good option for Rogues because opponents will often bring in creatures that recur from the graveyard from their sideboard. Having a simple answer to Ox of Agonas, Polukranos, Unchained, and Skyclave Shade can save games.

Above is a decklist I have brewed that explores how Rogues can look without Lurrus of the Dream-Den. I have been fairly successful with it in testing, and think it does especially well against Sultai Ultimatum. If Ultimatum decks are popular going forward, builds like this could be a way to gain an edge. 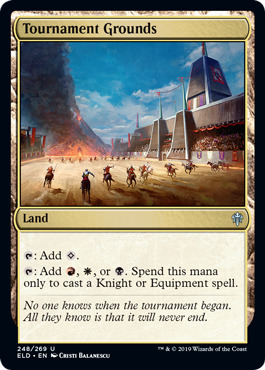 Standard is a format I’m looking forward to exploring further this summer. I’ve been playing plenty on Arena, and I’m starting to think of what decks I want to build in paper as it seems like tournaments at the game store could be on their way. The decks above are two options I will be continuing to explore, and of course it will be exciting to see if either archetype gains new tools in Adventures in the Forgotten Realms, the upcoming Dungeons & Dragons-based set. I hope you find success trying out the lists above, good luck in the Arena!