Blue decks using Alrund’s Epiphany may have dominated Standard in recent months, but it looks like a new deck has taken its spot since the release of Crimson Vow. Although it has only been a few weeks, Mono-White Aggro has been making a big showing since the new set came out. Aided by Hopeful Initiate and Thalia, Guardian of Thraben, the aggressive deck is now quick enough and disruptive enough to take on any deck in the format, and its recent tournament results have been showing this. In the past four Red Bull Untapped tournaments (which are the largest open online Standard tournaments these days) Mono-White has taken first place in two of them and had strong showings in the top 8 of all of them. 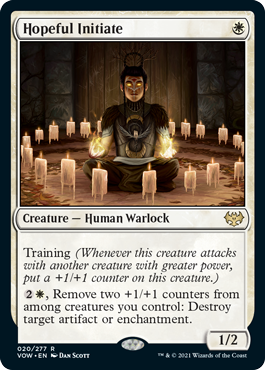 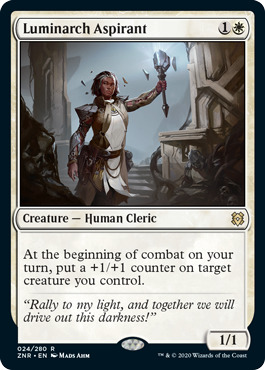 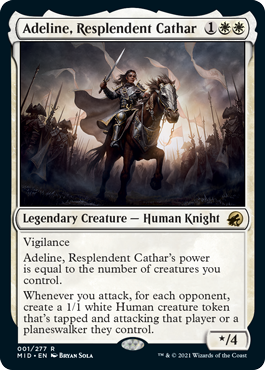 Since the Standard rotation this fall, Mono-White has been a strong contender. It uses low-cost creatures to build a quick board and tries to take down opponents with waves of attackers. The deck is a bit different from white decks in the past because there is not too much emphasis on one-drops and going as wide as possible. In fact, the best cards in the deck are the two and three mana creatures that top off the curve. Adeline, Resplendent Cathar and Brutal Cathar are two cards that have really propped up the archetype in recent months. Now, after Crimson Vow, the deck is a little bit leaner thanks to its new star one-drop, however it still isn’t a traditional “White Weenie” deck.

Here is an example of a current decklist for Mono-White, this deck won the Red Bull Untapped International Stop III:

Obviously the list has some very powerful cards, but why is it finding itself at the top of Standard? Well, one reason seems to be that it has some great answers to the other top decks in the format — Mono-Green and Izzet Control. Against Izzet, Mono-White has some strong disruptive cards including Reidane, God of the Worthy, Elite Spellbinder, and Thalia, Guardian of Thraben. Meanwhile, against Mono-Green, Brutal Cathar really shines as a card that can get any creature off the board. As well, Thalia is better than you would expect against a green aggro deck. Most Mono-Green decks have at least 18 non-creature spells, thanks to cards like Ranger Class and Esika’s Chariot as well as various utility and removal spells. This means Thalia can often throw a wrench into their curve and really make a difference. 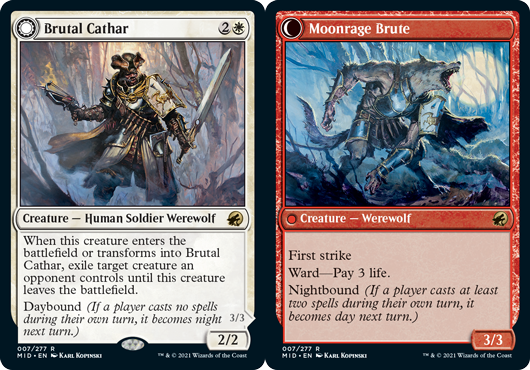 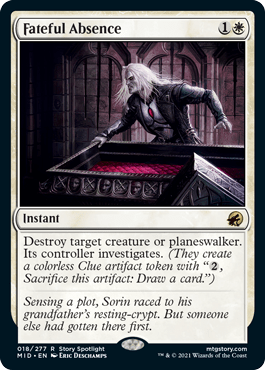 As often happens when an archetype has a deep pool of powerful card choices, Mono-White has a few variations. Many decks look quite similar to the one above, but almost no two Mono-White decks are identical. Some rely more on Skyclave Apparition, some on Brutal Cathar. Some stock up on Elite Spellbinder while others cut a few three-drops and play three full playsets of one-drops. As well, the number of specific two-drops often changes, as players try to find the right balance between Sungold Sentinels, Thalias, and Intrepid Adversaries.

There is also one version of the deck that relies on the older theme of “casting two spells per turn.”

This list uses Clarion Spirit and Monk of the Open Hand to help it go even wider. With Usher of the Fallen and Hopeful Initiate in the list as well, its often quite easy to achieve casting two spells, and I have been impressed with this list so far. Going wider than typical Mono-White aggro decks makes Intrepid Adversary, Adeline, Resplendent Cathar, and Paladin Class even more powerful. 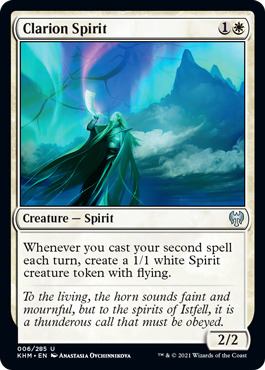 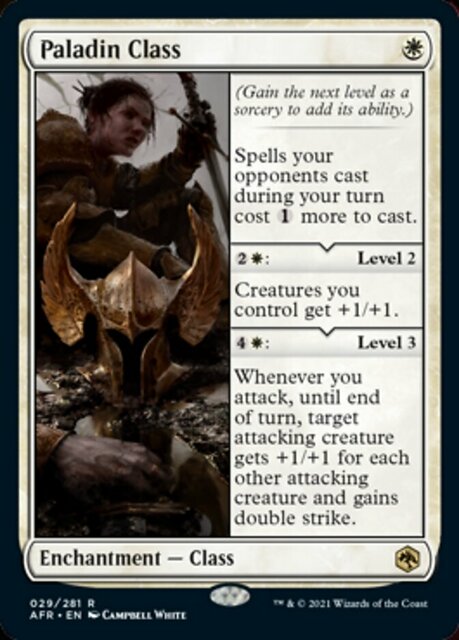 Now that Mono-White has proven itself in Standard, it is likely that other decks will start to plan for it more. However, thanks to the many card choices it has, Mono-White should be able to adapt. As well, the deck is quite resilient, especially thanks to Faceless Haven. Even if opponents play a lot of sweepers and removal it will still be difficult for them to deal with your man-lands.

If you’re looking for a Standard deck that provides lots of deck building choices and a quick gameplan, Mono-White aggro is an excellent choice this season! I’m excited to play it in some online tournaments, and see how it does. In the meantime, see you in the Arena!