It’s finally here! The Forgotten Realms are upon us, and Arena players are getting their first taste of the new set. This marriage of Dungeons & Dragons and Magic: The Gathering has a ton of flavourful and exciting new cards, and because the set is coming in the place of a core set they will all be legal in Standard and Historic! Today I’ll be looking at some of the most powerful new cards and how they might impact constructed formats. I’m going to start with Demilich, which I expect to be the most impactful card of the set. This mythic rare combines some of the best features of Dreadhorde Arcanist, Stormwing Entity, and Hogaak, Arisen Necropolis; stapling them onto one reasonably costed creature. In Standard, Demilich will need to create a new home because there is no clear deck for it to fit into as is. I think it is powerful enough that it could certainly support this, and post-rotation it could even be an important part of the meta. The first place I would try Demilich in Standard is UW Magecraft, alongside Leonin Lightscribe and Clever Lumimancer. All of these creatures just want to be played alongside a multitude of instants and sorceries. 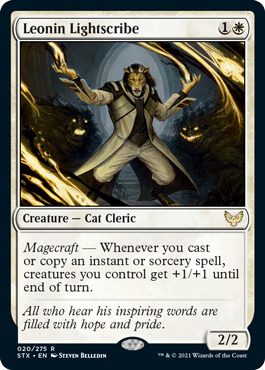 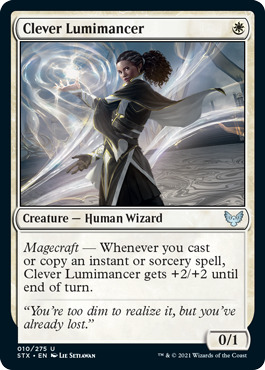 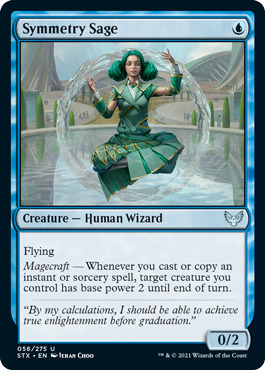 In Historic, Demilich has a clearer role to play because Izzet Phoenix provides an existing spell-focused blue deck. Demilich could potentially come and replace Crackling Drake or Stormwing Entity right away. One issue that current Izzet decks have is that Arclight Phoenix is the only card they want to discard to Faithless Looting. Demilich adds another angle of attack because it can be discarded and played relatively easily. On turn four you can play three cantrips and a Faithless Looting and then cast Demilich from the graveyard for free (and potentially bring back some Phoenixes as well). On top of all this, Demilich could absolutely find its way into other Historic decks. It will be exciting to see what happens in the coming weeks, although I wouldn’t be surprised if Demilich pushes Izzet decks to the point of something getting banned. This may be my favourite card in the entire set. I have always wanted to see a Banisher Priest type of card that has the ability to send its target to the graveyard, so it can’t come back. This card has exactly that mechanic plus the perfect flavour to match it. If the Gelatinous Cube exiles a creature for too long, it will dissolve for good. The cube gives opponents an opportunity to get their creature back, which will create an interesting tension and require you to decide how much time to give them. Luckily, the ability can be activated at instant speed, which means Gelatinous Cube will be at its best in decks that have multiple instants such as Behold the Multiverse and Shark Typhoon. That way a player can hold up the ability of Gelatinous Cube to respond to a removal spell while also having other options.

The most obvious comparison for Gelatinous Cube is Ravenous Chupacabra, which is a card that saw a lot of play in Standard. In general, the cube will be better against decks without much removal and against creatures with indestructible. However, if an opponent has removal for it on hand then it’s impact will be negligible. Once Giant Killer and Heartless Act rotate from Standard I think Gelatinous Cube could see quite a bit of play. Until then it will likely be best utilized in the sideboards of control decks, to bring in against Mono-White and Mono-Red where the 4/3 body will be a great blocker. Forgotten Realms includes a cycle of 12 “class” enchantments, one for each player class in the 5th Edition D&D Player’s Handbook. Each one has one ability to start and can be leveled up to gain more. Of all of them, my pick for the best is the Paladin Class. In aggressive white decks it will provide some protection from instants and then quickly become an Anthem for just three mana. What really takes this card over the top is the third level, which reminds me of Embercleave. White weenie decks often end up with an empty hand and so getting to buff one of your small creatures into a giant double-striker for five mana is a very reasonable cost. The three abilities combine to make what I assume will be an exciting addition to Standard. At the very least I think it could see play being brought in from the sideboard against control decks. With green stompy decks seemingly being just outside of the metagame in both Standard and Historic, Werewolf Pack Leader might be able to give them the push they need to break through. The 3/3 for two is a solid body and it offers an enticing way to keep your hand full as you continue to deploy threats. In Historic I am excited to see it played alongside Pelt Collector which can help it draw cards as early as turn three. In Standard it won’t be quite as fast, but it doesn’t need to be as long as it can still draw one or two cards. I definitely expect this werewolf to see play. Varis reminds me of my old D&D character, an admittedly stereotypical Elven Ranger named Faenor. But that’s not the only reason I am excited to play with the Silverymoon Ranger. Varis is likely the most competitive card that features the dungeon mechanic. Depending on how good dungeons turn out to be constructed, Varis could be an important card in Standard. I think Tomb of Annihilation will likely be the most common dungeon for Varis to venture into, since getting a 4/4 and a 2/2 for completing the dungeon will be a powerful effect. With the dungeoneering, reach, and ward combined, Varis could pack just enough of a punch to break into Standard and Historic. He seems like a decent hit for Collected Company, and would likely do best when paired with other dungeon-based creatures. Perhaps a green and white midrange deck using Varis alongside Nadaar, Selfless Paladin can be built in Standard. If it isn’t powerful right now, I wouldn’t be surprised if it could work after rotation this fall.

That concludes my look at a few of the cards from Forgotten Realms that will be exciting to try out in constructed. The next few weeks are sure to be a great time of deck building and testing! Feel free to let me know what cards you’re most excited to get playing with.