Yes, Hallowe’en was a week ago, but I only write this article semi-monthly and I’m Canadian, so Thanksgiving has already come and gone for me.  Plus, the only Thanksgiving-related card I could think of is Horn of Plenty, which is neither impressive nor inherently funny. So, since Hallowe’en is my very favourite holiday and news is a little lighter than usual, I’m hijacking this episode to be about the spooks and scares that only Magic: The Gathering can provide. And naturally, we begin with the most repulsive, horrifying creation in all of magic: 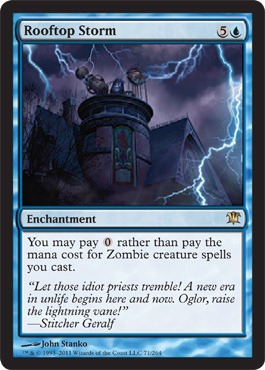 MTGO Sucks (But I Could Make it Worse)

It was a dark and extremely stormy night, because every single opponent seemed to have turn-two Goblin Electromancers. Bastards. I was just coming out of another losing night at FNM and was planning on heading home to watch old reruns of Roseanne and wonder every single time whether this was the episode Maro wrote. Instead, I found myself uncharacteristically drawn to a strange little man selling trinkets on the street corner. I normally don’t bother with street dealers, but this man’s elaborate display and erratic selection caught my eye. Newt Eyes, Snake Tongues, White-border Lands: all kinds of gross stuff. It was then that my notice settled on the shrivelled monkey’s paw. It’s bony fingers were outstretched and the tiny shopkeeper told me it granted wishes. For the purposes of this story, let’s pretend I’d never read a book or heard of W. W. Jacobs.  Naturally, I was delighted. I purchased the hand and immediately set about wishing for my heart’s desires without dwelling too much on word choice or clarity of intent.

“I wish Magic: Online was better!” I shouted, absolutely sure those six words had only one possible interpretation. One of the paw’s bony fingers curled back, the paw glowed with an unearthly light and it was done. That night a thousand shitty CCGs launched on mobile platforms, some the scummiest, money-grubbing bullshit that ever existed. Released was an ungodly plague of ugly, micro-transaction filled, poorly-designed “games”, all of which Magic: Online was technically superior to.

I was horrified at what I had done. What had I unleashed? But I thought I could surely fix this. I had to be wiser. More careful. So, filled with Hubris, I was certain I could correct course. I was drunk on the awesome, yet-unspecified power of a small, dismembered mammalian appendage.

“I wish MTGO had more modern features!” I blurted out, before immediately regretting it. The second finger on the paw curled back. An announcement was immediately posted on DailyMTG.com:

No. No. Dear, sweet merciful heaven — NOOOOOOO! WHAT HAVE I DONE? What devastation has this demon power wrought! But it was too late. My regrets, my fears, they did nothing to dissuade the endless salty bullshit of a thousand squeaky prepubescents who could not possibly have been representative of Magic’s actual demographics. They shrieked like wild animals, about moms and the ensuing sexual intercourse with said moms. About lucky top decks. About bullshit decks. About mana screw. About anything and everything. MTGO became a feral wasteland, not fit for man nor beast. 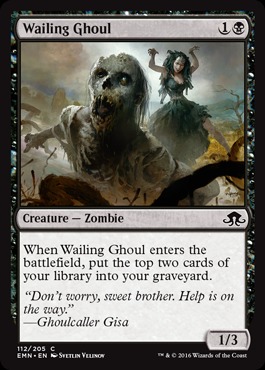 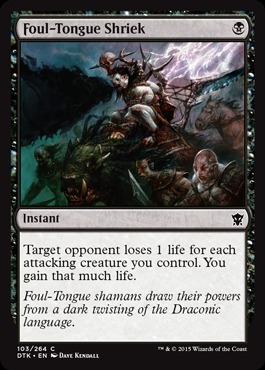 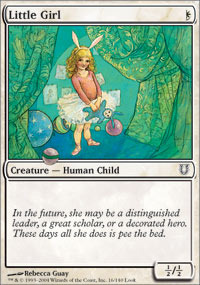 At this point, I considered casting the Monkey’s Paw into the sea, but somehow I knew there was no escaping the curse I had been waylaid with. So, instead, I set about crafting a wish much more specific. Much more narrow. If nothing else, I thought humbler ambitions should limit the damage I do while playing god. After a few drafts, a few pints, at least a few shots and possibly some hand-sanitizer, I finally scribbled out my decision on a bar napkin. I was ready. Huge intake of breath.

“I wish MTGO was Free-to-Join, but not Free-to-Play, so that people would still have a financial barrier to entering events and we don’t go like, ‘Full League of Legends Community’, but also people don’t have to pay that barbaric bullshit ten-dollar account fee. I mean, your cards are tied to your account anyway, so it’s not like you have to worry about people juggling too many multiple accounts.” *gasp*

And then, the paw began to glow, the fingers slowly rearranged until the middle one was pointing straight up in the air. And then the hand sprung to life and slapped me across the face. Then it skittered away on it’s fingers like Thing from The Addams Family. 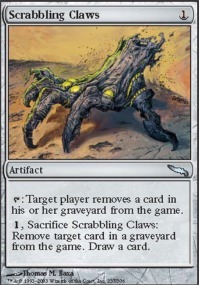 I have a really good feeling about the Genie I used to get Arena made, though.

Look, I told you it was a slow news week. By the time you see this, it’ll have been over for a week, but Flashback Innistrad drafts are a big deal. The format is fantastic. Ok, I’m sick of losing to Spider Spawning but it’s a fun deck to build and I begrudge no one their eight-legged fun times. The cards are great, several of them quite valuable. And of course, it’s always a perfect Hallowe’en festivity. My perfect Hallowe’en looks something like this:

Wake up, spend 20 minutes getting into elaborate costume.

Meet up with friends, compare and compliment costumes, Eat Candy and Watch Ghostbusters again, only now with other people in the room.

Draft Triple Innistrad at least twice — three times if I piss one away forcing Burning Vengeance.

Look dejectedly at remaining Candy and make adult decision to not eat any more because it’s bad for my health.

In fact: WOTC, if you’re listening? Triple Innistrad should go into a limited printing next autumn so paper players can draft it at Hallowe’en. I’m dead serious. It’s a beloved format and it could become a beloved tradition for the Magic Community. If my LGS ran “Hallowe’en Innistrad Draft: 10% off for people in costume”, I bet they’d make a gazillion dollars. They could never fire enough pods. That one is free, WOTC.

Technically, due to lead times, Pro Tour Ixalan is not finished as of my writing this. Also, I recap things that have already happened because it’s way easier to be right that way. Still, I feel I can make a few rock-solid predictions. It will take place in Albuquerque. No, I don’t know why either. Temur Energy will be played. Merfolk will be drafted. Someone on commentary will make a pirate joke that consists of saying “arrrr” instead of pronouncing the goddamn letter “R” correctly.  Someone else on commentary will force a laugh and pretend it was funny. No, I don’t know why either.

Oh, also, an addendum: It turns out Yao Zile was disqualified in round 15 for flipping some cards off his deck to help decide whether to concede to LSV after their game was sure to draw out on turns. They ended up filling out the slip as a draw, but later a Judge decided to DQ Yao. There’s been some consternation about whether this was justified, with LSV himself weighing in that DQ seems harsh. If ever there’s a time for a judge to bring the hammer down a little harder than normal, it’s on the final day of a Pro Tour, but this is a pretty tame way of “Improperly Determining a Winner”. So, if you’re going to eat the DQ anyway, why not have some fun with it. Here are my top five suggestions for terribly improper ways of determining the winner of your next Magic match: