Hey everyone! This week on Modern Musings, I’m going to talk a little bit about the future of competitive Magic, its problems and their potential solutions. Magic in general is in a pretty good place right now, Standard is fun for the first time in a while, Magic Arena has had a successful open beta launch, and Guilds of Ravnica is having a pretty significant impact on the Modern format. One area that is lacking however is top notch competitive coverage. It’s this area that I think wizards could make the biggest improvements. The easiest way to do this is to make top-tier competitive Magic digital.

Magic coverage is in general not very interesting and somewhat hard to follow. This is because there is no easy way to know what is in players’ hands as well as what they draft in Limited. The other problem with coverage is that it really is sometimes hard to tell what cards are on the battlefield as well as in the graveyard. This makes it difficult for the audience to play along and try to predict what the players will do. In addition to this, Wizards puts people in to commentate the games who clearly know very little about the format that they are commentating on. With the exception of the LSV and Cheon combo, the team that Wizards has at the helm doesn’t seem knowledgeable. Very often they miss easy play patterns, and I cringe every time LSV has to explain why what someone else just said isn’t accurate. Meanwhile, Patrick Sullivan and Cedric Phillips kill it on the SCG coverage, which is often times actively competing with Grand Prix or Pro Tour coverage.

The cherry on top of this is that players aren’t getting paid enough to justify staying in the game long-term. This was most recently illustrated by Gerry Thompson’s protest of Worlds.

The easiest solution that I can see is to move Pro Tours and above into the digital space where commentators and spectators can easily access all the information in the game, and be able to provide accurate and engaging commentary. It would also eliminate current methods of cheating.

The Problems with the Solution

The big issue I see with turning top-tier competitive Magic digital is twofold. One, it leaves Modern a bit high and dry if they choose to use Arena (which seems like the most logical choice as Magic Online is Hot Garbage) as the competitive client. Two, it doesn’t necessarily encourage sales of paper Magic. One of the reasons competitive Magic exists in the first place is that it encourages amateur and casual players to buy cards from the most recent products. The other problem is that Modern can’t be used as a format unless they drastically update Arena, which at best is very far in the future. 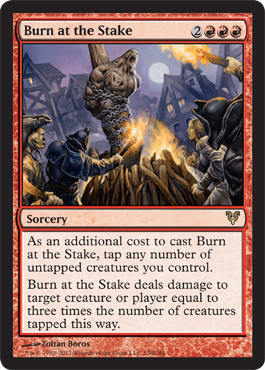 Why does Wizards need to fix these problems? What is at stake if they just keep the status quo? Magic is the top paper card game by a significant margin, but in the digital space they are still number 2. Hearthstone currently trumps Magic, though if Arena’s numbers keep up the way they are going that might not be true for long. But it’s not Hearthstone that Magic has to worry about, It’s a new game called Artifact. If you haven’t heard of it, here are the important things to know about it:

Richard Garfield is the man who created Magic, and probably understands card game design better than anyone else on the planet. If there is someone that could design a game to compete with Magic, it’s him.

Many of you have probably heard of Valve, as they own the biggest digital distribution platform on PC: Steam. If you play any PC game at all you probably have Steam installed on your computer. But they also run E-sport’s biggest tournament; The International. The International is a 25 million dollar video game tournament that features the popular MOBA, DOTA 2. The tournament itself has a huge rotating cast of commentators, statisticians and casters. They interview all the players and create short videos for each of them, as well as interviewing a family member or two. In other words, they strive to create player narratives. They give in-game rewards for following the teams as well as players. This model drastically increases player involvement as well as viewership for the event. When it’s on, The International is easily on of the largest streams on Twitch. The short of this is that Valve knows how to run a tournament so that it’s fun and exciting to watch.

If you’re a professional Magic player whose skills are easily transferable to another card game, which game would you think is easier to make a living off of? This is the fear that I have, that professional Magic players will look at Artifact, and the production value, and just prefer to play that instead, causing an exodus of top players from the scene. This happened somewhat with Hearthstone when big figures in Magic like Brian Kibler largely left the Magic scene to stream Hearthstone instead, as it was more monetarily viable. What this could mean is that Magic is left with a shell of a competitive community.

I think that the people at Wizards cannot take the release of Artifact lightly, as it is a potential existential threat to competitive Magic.

That’s all for this week! Next time I’m going to be taking another look at cards that haven’t been broken yet.