Welcome to another Modern Musings!  I know I said that we’d be talking about Training Grounds this week, but I realized that this is the last article you guys will see before the banned and restricted announcement on August 28.  So in lieu of talking about Training Grounds, I thought we could take a look at what I think wizards might do next week for the banned and restricted announcement.  There are a couple reasons that I want to do this, first and formost, while I love modern, the format has been feeling a bit stale of late.  The fact that attendance at my local Modern FNMs has dropped by about a third as well supports that I am probably not alone in this feeling.  So in this weeks article I’m going to cover what I think are the current issues facing modern and the potential fixes that wizards might have coming to fix them.

What’s clear from people that I talk to is that they feel the format has become a little stale.  As a modern brewer, I have to say that to a certain extent I agree.  Let’s be clear though, I think that this is a minor staleness at most.  It’s definitely not at Theros standard Mono Black Devotion as the only deck you could play for like 2 years level of stale.  But when I look at tournament results there’s definitely been more of a pattern of late.  It seems like pretty much every deck can fit into one of 4 categories: Death’s Shadow, G/W/x Company, Tron, or G/B/x Midrange.  There are decks that fall outside these buckets of course, like storm, Ad Nauseam, and KCI combo.  But for the most part it feels like these shells have gotten too efficient at what they do and it’s really difficult to improve or innovate on them.  I think that this problem mostly stems from the lack of modern playable amonkhet block cards as well as the discovery and subsequent tuning of the death’s shadow deck.  Eldrazi tron and the realization that Chalice of the Void neuters a good chunk of the format definitely also has had an impact.

I personally think that this is the second most likely scenario as it’s pretty clear at this point that the deck significantly warps the format and several prominent pros have already called for its banning.  I kind hope that this is what wizards does as it seems like the simplest solution to shake up modern and allow different decks a chance to come out to play. 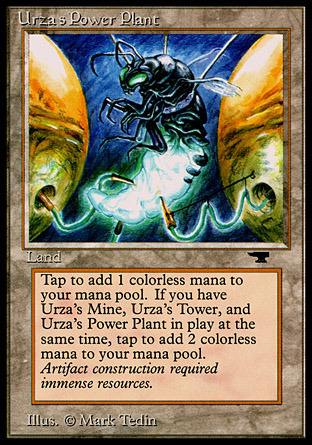 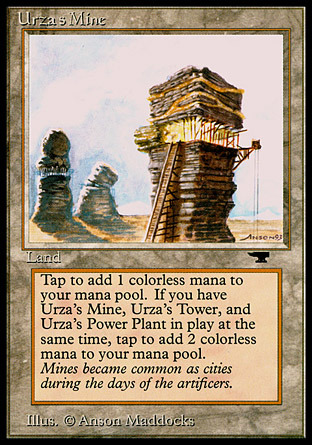 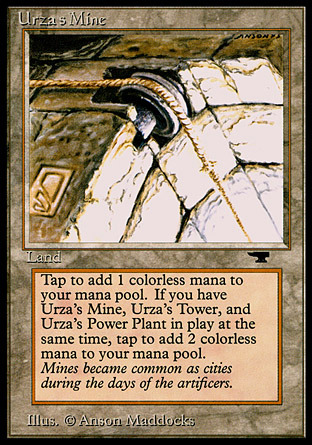 I find this a little less likely than the death’s shadow ban, but wizards has made it clear time and time again that it does not like fast mana in modern, and eldrazi temple is the epitome of fast mana.  The Tron lands also fall under this category as being allowed to have 7 mana on turn 3 consistently pretty much fits the bill.  Up to this point tron decks have been pretty weak to land disruption and very fast decks, but eldrazi tron tends to combat these decks very well with Chalice of the Void and buff creatures.  This all being said, tron decks have been a staple of the format since pretty much day 1, and wizards has been very reticent to touch it in the past so your tron lands are probably safe.

Scenario 3: Wizards Unbans One of There Cards

While possible, I think this is inherently the least likely scenario for a couple reasons.  For starters, players have a bit of bad blood with all 4 of these cards, regardless of whether they would be actually broken or not.  But putting that aside, lets explore each card one by one:

Stoneforge Mystic: Probably the safest card to unban.  having a turn 3 4/4 vigilance and lifelink (Batterskull) isn’t nearly as scary as it used to be with the existence of fatal push and huge Death Shadows and Tarmogoyfs running around.

Bloodbraid Elf: I’m hesitant about this one as it would give midrange another tool in its arsenal. But at this point mid-range has been pushed out of the format by Death Shadow decks, which are essentially Delver-style decks, low cost efficient threats, card filtering and removal spells.

Splinter Twin:  While this card allowed control decks to come out to play by providing a reasonable finisher, it definitely warped the format to exclude a lot of fun decks from coming out to play.  Which is exactly the problem that we are currently trying to fix.  That being said, that was before the existence of Eldrazi and Death’s Shadow, now modern might be too fast for splinter twin to compete, it’s hard to say.

This is what I think is going to happen next week.  A few things factor into this decision I think that are beyond the normal banning of cards.  For one, Wizards has just been through what was easily the worst balanced standard format since Mirrodin block.  There are currently 5 cards on the banlist in standard. Ignoring for a second how absurd it is that there are that many cards on the standard banlist, lets look at this from a PR standpoint.  If you were Wizards of the Coast, would you be more or less likely to ban a card in another format when you’ve just made a good chunk of your player base angry for banning so many cards in standard?  I know I would be a little wary about banning cards right now if I was trying to preserve my image of a balanced and well designed card game.

Well, that’s all for this week, I’ll see you next week when I actually look at training grounds, I promise!