A long time ago I was reworking one of my Commander decks. It was my first of those decks ever, with Stonebrow, Krosan Hero at the head. I had made the mistake of taking out a bunch of lands in favour of more interesting cards. Well, obviously this backfired, resulting in a laughably low number of mana sources. When I took a look at the deck and realized my mistake, I quickly went to work correcting the problem. I pulled out my box of basic lands and started looking through my collection of Forests trying to decide which artwork to use.

Then I got a silly idea. 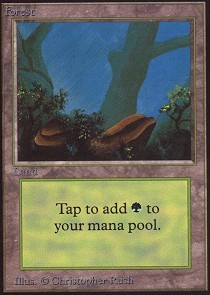 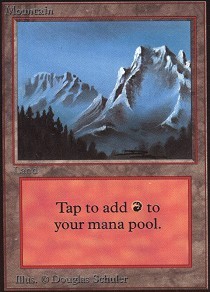 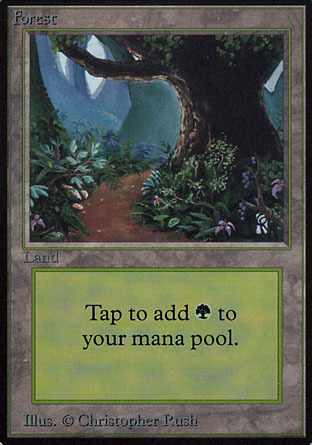 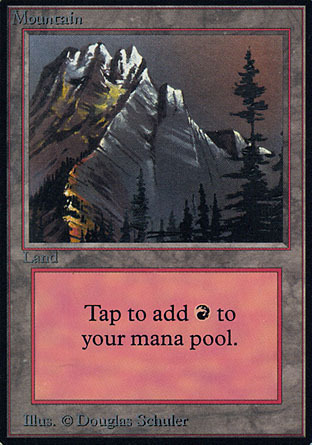 In Commander you are only allowed one copy of any given nonbasic card per deck. Well, I mused, what if I applied that same rule to the artwork on my basic lands? Instead of having 12 Forests all looking the same, could I instead have 12 different Forests, each with unique artwork? I sorted through my lands and found as many unique looking ones as I could find. I wasn’t sure I would have enough, but thankfully I did. I repeated this with my Mountains, and before long I had a super-singleton deck: 100 cards, and each one was unique in some way.

I knew from a gameplay perspective that this was less than ideal, since it was now possible for my opponents to track my basic lands. If, for instance, my opponent looked at my hand on one turn and saw that I had a Mountain, then on my next turn I played a Mountain with different art, an observant opponent would know that I had just drawn a land and that I still had one in my hand. To be honest, though, I didn’t really care too much about that. If I was really concerned, I could make sure to play the card my opponent had already seen; it would be simple enough to conceal that information from them if I tried.

It didn’t take me long to give the rest of my Commander decks the unique land treatment, too. Then I did it for my Standard decks. Before long, each of my decks was toting different pieces of artwork on their lands. Singleton basics had become ‘my thing’, and when putting together new decks, especially for Commander, I tried to keep up the trend. 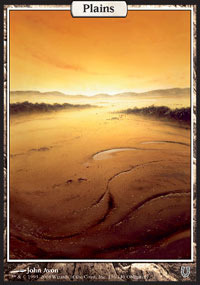 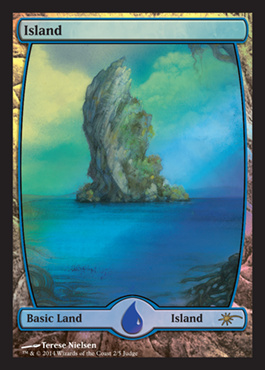 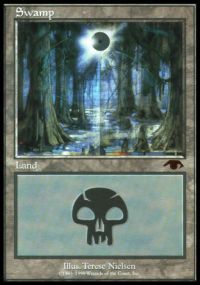 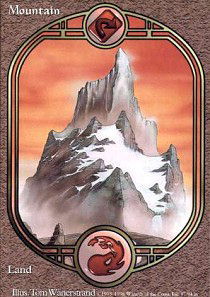 I know that a lot of different people have their own particular style when it comes to basic lands; some players will only ever use full art or foil lands (or full art foils, if they’re really fancy), or they’ll have a favourite land of each type and only ever use those cards. Some players will opt for white bordered lands, either to make them easier to find when searching their libraries, or to annoy their opponents who find those lands unappealing. The vast majority of players just don’t care which lands they use and will use whatever is on hand. I can’t really blame people for not caring; full art and foil lands can be expensive, and trying to find a specific land card is harder than you might think.

As for me, curating a collection of unique lands for a deck can be tiring. It helps to have your land box sorted by both type and by art, but keeping it that organized is a lot of work. Not only do I have to group artwork from the same set together so I can find things, but sometimes artwork is reused in later sets, making it that much harder to keep things organized. It gets even trickier when there lands have similar artwork to another piece but it has been changed ever so slightly, like the lands from the original Innistrad and Avacyn Restored or the lands from the entire Tarkir block. I love seeing the same location revisited, but at the same time if I’m looking to include distinct pieces of art in a deck, these lands are too similar to one another to use them together. This means that I might have to decide between which version of the landscape I would rather use. To make matters even harder, whenever a new set comes out I also have to consider whether any of the new basic lands should replace what I’m already using!

This task has become especially difficult for my draft decks. In an effort to give myself more time for deck building, I’ve pre-sleeved about ten of each basic land; this way I only need to sleeve twenty-three cards each night instead of forty. As you might have guessed, these fifty lands I use are all unique, just like my Commander decks. That said, my draft lands are more than just a collection of my favourite basic lands of all time; I have instead tried to choose lands that go well together. This might mean that I won’t use a land I really like because its colours stand out too much against others of its kind, or that its frame is too different from the rest of my lands.

Additionally, I’ve decided that my draft lands should act as a kind of roadmap; I want each “plane” I have “visited” to be represented, which is to say that I aim to have a basic land card from each block that I’ve drafted, going back to where I started: Scars of Mirrodin. Tarkir, Kaladesh, Innistrad… I even have a Battle for Zendikar land from the Holiday Gift Box that doesn’t have a full art frame; this way it can match the rest of my lands.

I don’t really mind the occasional full-art, old-border or foil land for a Commander deck, but these draft lands needed to match better than that. Because I only ever use a handful of them at a time, cohesion is far more important than anything else; these lands have to look like they belong together, and should look like they could fit in with any deck I draft, regardless of the set. They’re clearly from different planes, but there is a certain unity to them; none of them particularly stand out at a glance.

At the end of the day, what basic lands you use is such a personal choice. I says something about who you are as a player, too; maybe all you care about is the mechanics of the game, so you’ll just grab whatever mismatched lands you have on hand. Maybe you’re new to the game and only have lands from the newest set. Maybe you play one specific deck a lot and have a set of matching foil, full-art basic lands to show it off. Or maybe you’re like me and have carefully picked out a collection of remarkably unremarkable lands. Okay, you’re probably not like me.

Regardless of your basic land choices, I really would encourage you to spend the time to look at what you’re using and to ask yourself why you’ve chosen them. I think you’ll find that if you take the time to pick basic lands that you like, you’ll get more enjoyment out of your decks. It doesn’t mean that you need to use the fanciest or most expensive lands, either; if you really like old white-bordered lands or that one sweet looking Swamp from Shards of Alara, then more power to you.

Remember, there is no wrong answer… unless you forgot to include enough lands, that is!