Adding physical tokens to booster packs allowed R&D to create more complicated game mechanics and cards, since players would have easy access to objects with the rules text on them. The official tokens printed by Wizards of the Coast aren’t the only options available, though. Several other companies produce their own designs, and many will include them as a free promotional item with orders.

Much like the official Magic tokens, the reverse side of many companies’ tokens have advertising, which allow them to serve as a sort of business card. Unlike regular business cards, however, players are more likely to hang on to a token they can use. Whether players ever actually read the advertisements on the reverse side of tokens or is certainly a point for debate, but at least the object is less likely to end up in the garbage. Tokens offered by companies can even be collectable in their own right. Cardamajig’s animated series and Ultra Pro’s Relic Tokens are especially distinct. It’s not uncommon for private artists to also sell tokens that showcase their work, especially since tokens don’t run into the same issues that selling proxy cards might. 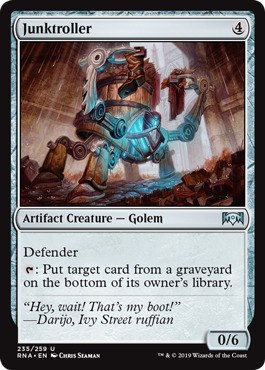 Despite the variety of paper tokens available, it’s just as commonplace for players to use whatever happens to be on hand during a game instead. This ad hoc method has the advantage of being quick and flexible, after all, random objects like dice and buttons can represent anything, but their use comes at the cost of style and clarity. Is that d6 representing three Elf tokens or a single Golem? Is that piece of lint tapped or untapped? Scribbling a quick note on a scrap of paper can mitigate some of these problems, the word “ELF” scrawled on an old fast-food receipt, for instance, will get the job done well enough in a pinch. Still, even if it’s clear enough for the game to continue, there’s an aesthetic cost to using literal garbage as game pieces. 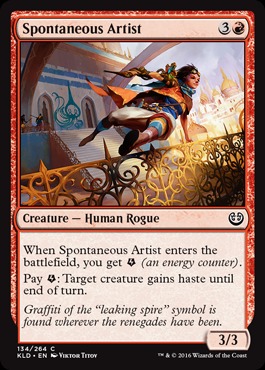 InfiniTokens addressed this issue nicely by creating reusable dry-erase cards and counters, and in this era of webcam Magic they’re quite popular. Artistic players enjoy doodling silly pictures on them from game to game, and even those with less confidence in their drawing ability can simply write on them. If nothing else, using InfiniTokens looks much more professional than scrap paper, and it also reduces waste. 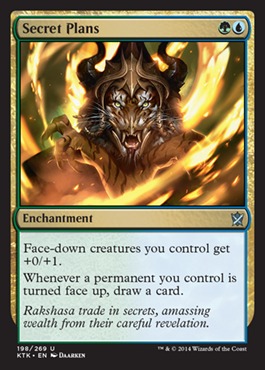 That said, perhaps the most common object a player reaches for mid-game when they need a quick token isn’t a die or a scrap of paper, it’s a face down Magic card. After all, they’re pretty much always on hand. What’s more, it’s very easy to tell that a card on the battlefield is a relevant game piece, unlike dice and scraps of paper. Something like a die might get put back into its dice bag by mistake, and a random receipt may get thrown out, even if it says “Marit Lage” on it.

The method of grabbing a face down card isn’t without its own issues, though. With the prevalence of mechanics like morph, manifest and foretell, it can be hard to determine at a glance whether a card is actually face down in game terms, or if it’s just that way to represent a random token. Of course, you could use an official token instead, or any of the other aforementioned solutions, but why would you want to do a practical thing like that?

Instead, why not use the latest innovation in token technology: Paper Doll Tokens are for personal use only; if you share these images, please link back to this original article.

Using cutting-edge technology, you’ll never have to wonder which kind of token your face-down card represents again! Simply dress your card up with the appropriate accessories, and you’re good to go!

This initial set of Paper Doll Tokens was made specifically with Kaldheim in mind, and includes parts to make every token type in that set Did your Usher of the Fallen just make a Human Warrior? Give your card a helmet, axe and boots! Maybe your Trolls just woke up? Suit them up with a nose and ears! Mix and match to your hearts content; just keep an eye out for any Shapeshifters. I hear they look a lot like bears…. A Bear of Littjara

Making your own set of Paper Doll Tokens is as simple as can be. Right click on the images above to download the files. Make sure you’ve saved the full sized images (they’re all 8″x10″), then print them out, cut out the accessories, and start using them with your cards! An Angel, a Warrior, and an Elf.

There are three styles of accessories in this set of Paper Doll Tokens: folding tab, slot, and back bar. Each one works a little differently:

For folding tab accessories, such as the helmets and boots, cut them out, keeping the white side tabs attached. Place the accessory on top of your card and line up the edges of the card with the white tabs. Then fold the base of the white tab so that the tab goes around your card. The accessory should now be hugging the sides of your card.

For slot accessories, such as the giant feet and halo, cut them out, keeping the blank space around the dotted line attached. Cut along the dotted line with a sharp knife to make a slot that’s the width of your card. Try to make the slot as thin as possible, and make sure to leave plenty of material around it for durability.  Once the slot is cut, gently slide your card into it, making sure to cover up the blank section of the accessory.

If you’re having trouble getting your card to fit into the slot, widen the slot slightly with your knife and try again. Repeat this process until you get a good fit.

For back bar accessories, such as the ears and wings, cut them out as above, making sure to keep the the white bar attached. Place your card on top of the white bar and hook the artwork around the front of the card, above and below the white bar. Do this for each side so that the accessory is gripping the card snugly.

If you’re finding that the fit is too tight, trim the top and bottom edges of the white bar where it meets the artwork in order to make it narrower. You may also need to make the bar a touch longer by cutting into the outline of the artwork ever so slightly. Make small, gradual adjustments until the accessory fits nicely. 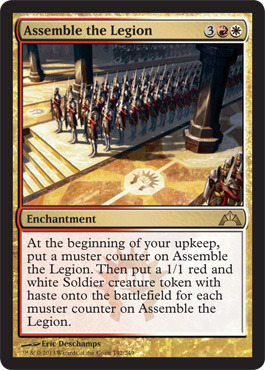 I hope you enjoyed this silly project; these Paper Doll Tokens were a lot of fun to make. Please let me know in the comments if it’s something you’d like to see again. There are certainly far better solutions when you need a token on the fly, but are any of them as fun as playing dress-up with your cards?