The Game So Far

In my last article  I outlined the general plan for “Rupture the Spire”:

– It’s a single-player deck-building game based on Slay the Spire.
– You use Magic cards for everything.
– Your deck is a collection of noncreature spells.
– Each game is a series of combat encounters against creatures.
– After each encounter, you can make changes to your deck or recover life.

Make sure to check out part 1 in case you missed it!

The Parts of a Turn

Encounters in Rupture the Spire take place over a series of turns. Each turn is broken down into phases not entirely dissimilar to those in Magic. The untap, upkeep, main and end phases will stay mostly unchanged, though because of the nature of Rupture the Spire, the draw, combat and cleanup steps will be modified to more closely resemble Slay the Spire.

As a single-player game, it’s best to streamline things where you can; if you have too many distinct steps and phases, it can get annoying or confusing to remember everything each turn. For instance, because there’s no information to hide from your opponent, a second main phase doesn’t really serve any purpose in Rupture the Spire. Similarly, we can combine the draw and cleanup steps to make things go faster. Finally, instead of having a whole separate turn for creatures attacking you, we can do that during the combat phase of your turn. 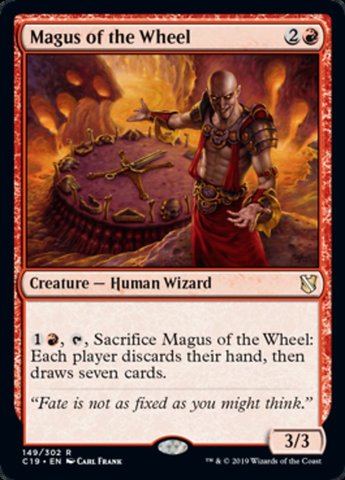 In particular, we can greatly improve the flow of the game by removing the draw step. Like other deckbuilding games, in Rupture the Spire you discard your hand and draw a new hand each turn. Instead of doing this in two separate phases, we can do it all during the cleanup step.

We can also take this opportunity to make a special rule; Magic cards aren’t designed with this much wheeling in mind, so it would be a bit unbalancing for effects to trigger every time you replace your hand. As such, abilities won’t trigger from discarding and drawing cards during cleanup. For instance, you wouldn’t be able to cast a card for its madness cost, and creatures like Lorescale Coatl wouldn’t grow.

With all that in mind, it means the new turn structure looks like this:

– Untap (untap your lands.)
– Upkeep (do any upkeep stuff.)
– Main Phase (cast sorceries, etc.)
– Combat (creatures attack you.)
– End Step (do any end step stuff.)
– Cleanup (discard your hand, draw five cards. This does not cause abilities to trigger.)

I’m considering limiting the casting of spells to your main phase, like in Slay the Spire, but I’ll have to give that some more thought. It would streamline gameplay and make cards like Swift Response more interesting to use (since you wouldn’t be able just to destroy a creature after it attacks). On the other hand, cards like Impeccable Timing wouldn’t work as intended anymore. If you have any suggestions on how best to approach this, I’d love to hear them; I could see this going in either direction. 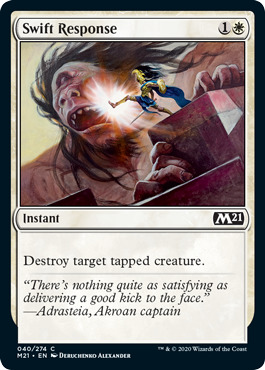 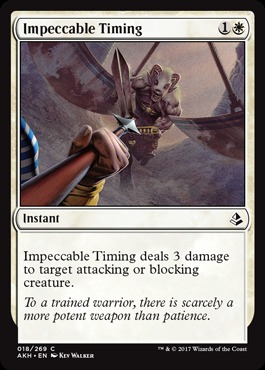 One thing I’m sure about is how I want damage to work in Rupture the Spire. In Slay the Spire, your life total doesn’t reset between encounters, so taking small amounts of damage early on can add up over time. Similarly, damage to monsters carries over from turn to turn, unlike in Magic. If you’re faced with a tough foe, you can either chip away at them slowly, or try to take them out in one big hit.

Rupture the Spire will take a page from Slay the Spire, and have your life total carry over between encounters, too. In order to keep life gain in check, and to add an extra layer of difficulty, your life total will also be capped at twenty. This prevents players from running into an easy encounter and looping a life gain spell forever. 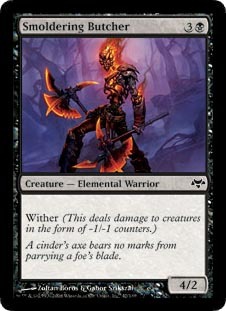 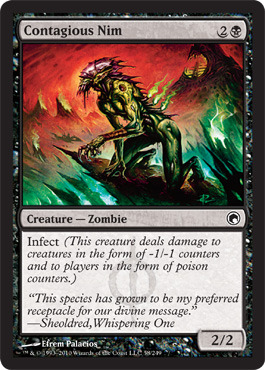 Damage to creatures won’t reset each turn either. In Magic terms we can take a page from Wither and Infect cards, and have damage be dealt to creatures in the form of counters. The game would be far too easy if a creature’s power decreased as it took damage, so we’ll use -0/-1 counters instead of -1/-1 counters.

One of the biggest consequences of shifting to a “player versus creatures” structure is that a lot of cards stop being useful. If all you can do is target opposing creatures, there’s no sense in ever casting most combat tricks, like Giant Growth. In order to give us more spell options, let’s explore what “+X/+X” and “-X/-X” could mean in the context of Rupture the Spire. 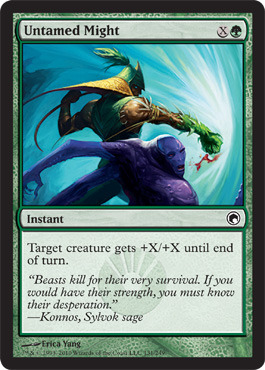 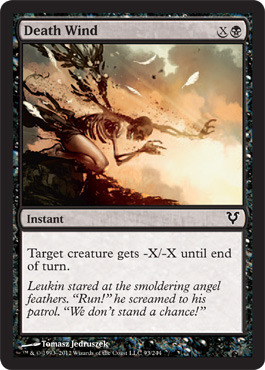 When targeting the creatures attacking the player, these power and toughness modifications don’t need to change, but that makes any power or toughness boosts really bad for us. So instead, what if the player could target themselves with these combat tricks?

Let’s give the player a character, like Fearless Halberdier or Knight of the Keep. We’ll treat this character as a creature that can be targeted by spells and effects, but it can’t attack, block or leave the battlefield. Effectively, it’s just an avatar representing the player. We could eventually make rules for a variety of characters, but for now let’s just have it be a creature with no abilities. 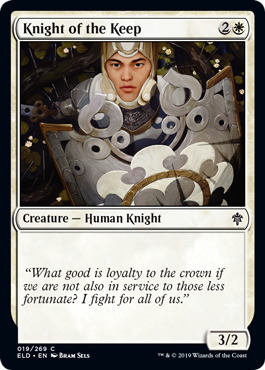 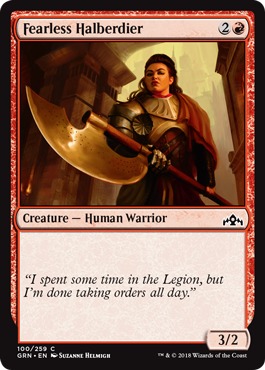 That still begs the question of what happens when we target our player character with a spell like Giant Growth? In Slay the Spire you can gain strength and dexterity to increase the effectiveness of your spells. I like this idea; let’s borrow it for the player’s power and toughness changes: +X/+0 would increase the damage your spells deal, and +0/+X would reduce the damage you take from attacking creatures. In this way, Giant Growth would increase spell damage by 3, and block 3 damage from creatures until the end of the turn. That’s a pretty good deal for one mana! 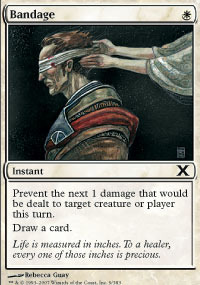 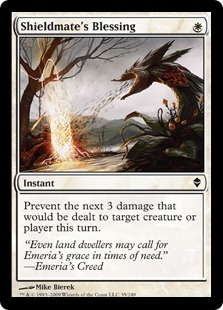 My initial playtesting indicated that +0/+X preventing X damage from each creature (instead of just one) was powerful, but better in the long run. This way the player has more of a fighting chance. That said, it does require some balancing, such as allowing some creatures to reduce or ignore the effectiveness of this toughness bonus. Abilities like Trample, or “this creature can’t be blocked” would be good candidates to get around this shield. Similarly, creatures with “when this creature becomes blocked” effects would trigger when any of their combat damage is prevented.

Penalties to your power and toughness would of course have the opposite effect: -X/-0 effects would reduce your spell damage, while -0/-X effects would increase damage taken from creatures. These bonuses and penalties would cancel each other out, so of you had +2/+0 from one effect and -1/-0 from another, your spells would deal +1 damage. 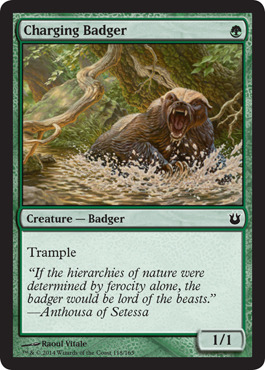 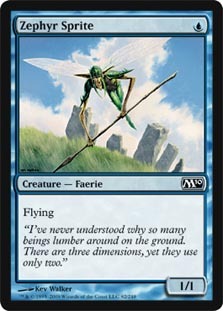 The rules for Rupture the Spire are still a bit up in the air, but I think they’re starting to come together. As always, I’m open to suggestions, so please feel free to leave a comment with your thoughts.

I hope you’ll join me next time, as I go in-depth on how various keywords will work in Rupture the Spire. The rules for Flying and Trample don’t do much when there aren’t any blockers, so what could these keywords mean instead?