In 2001 the Boston-based rock group American Hi-Fi released their hit single “Flavor of the Week,” but the original version of the song was actually quite different. The story behind how the lyrics changed is an unlikely tale of fandom, good intentions and creative control. 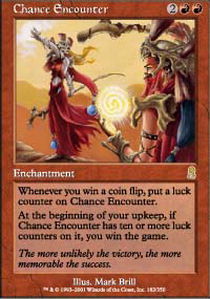 In late 1998, while attending the Grand Prix in Boston, several members of Wizards R&D heard a small upstart band performing at a local bar. They were impressed, and when they returned to work in Renton the following week many of them were still humming the tunes.

Word around the office spread about the band, and soon most of the building was listening to copies of the rough recording one of the R&D members made while at that bar. The sound quality was reputedly awful, but that didn’t stop several departments from rocking out to the jams on a daily basis.

“The album would serve as a soundtrack for the new block.”

The story goes that in early 1999 the new head of marketing heard the recording that was circulating for the first time and immediately got excited. After considerable effort to track them down, Wizards of the Coast contacted the members of “BMX Girl” (who would later become the group “American Hi-Fi“) and proposed a meeting.

The band flew down to Renton where they discussed the possibility of writing a song based on Magic: the Gathering. Already fans of the game, BMX Girl (which, as it turned out, was short for “Basalt Monolith Xtreme Girl“) were keen to work with Wizards, and by the end of the meeting both parties agreed to produce a full album.

For the rest of 1999 BMX Girl worked closely with Wizards R&D. The intention was that their album would release the following year at the same time as the fall set, Invasion. The album would serve as a soundtrack for the new block. Unfortunately, these plans quickly fell apart in late 1999, shortly after the release of Mercadian Masques.

“BMX Girl wanted their lyrics to focus more on the players…” 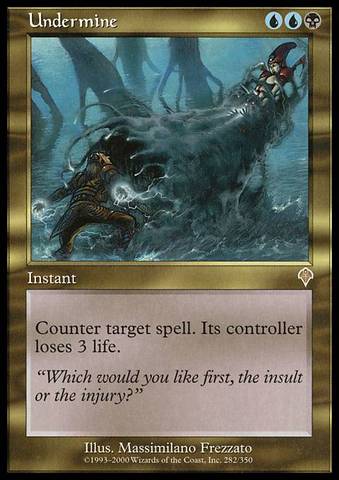 Creative differences between the band and R&D began to crop up, with neither group fully agreeing on the direction the album should take. According to several accounts at the time, the lyrics were a highly contentious point, with some members of R&D repeatedly suggesting that the tracks should include bits of flavour text from the cards.

BMX Girl wanted their lyrics to focus more on the players and the game than on the storyline, which only deepened the schism between the two groups. Ultimately, in the summer of 2000, BMX Girl backed out of their contract with Wizards of the Coast, and their album was left unfinished.

“BMX Girl also took this opportunity to change their name…” 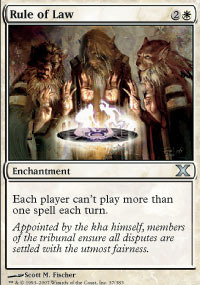 BMX Girl also took this opportunity to change their name to “American Hi-Fi,” further distancing themselves from Wizards of the Coast. In Febuary of 2001 the newly named band finally released their album, with all new lyrics. 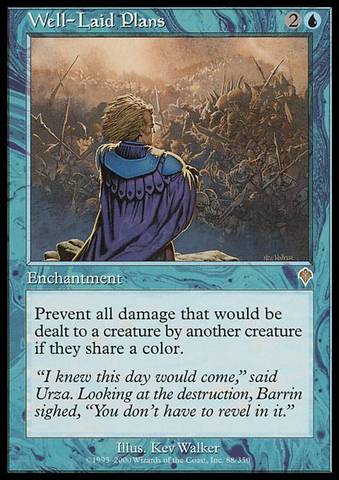 The album’s hit single “Flavor of the Week” was originally about the card “Mentor of the Meek,” which was slated to appear in Invasion. Because of the ongoing legal battle at the time, the card was pulled from the set, and didn’t see print until a full ten years later in 2011, as a part of Innistrad.

According to R&D, many other cards from Invasion were pulled or altered at the last minute for similar reasons, including cards named “Surround” and “Wall of Sound.” As part of the settlement American Hi-Fi retained the rights to those particular card names, using them as song titles in the final version of their album.

“…a few details were recently recovered…” 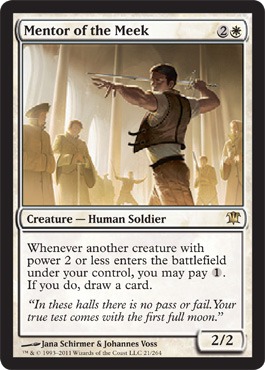 Most of the original version of the album has been lost, but a few details were recently recovered and made public. The following are the original lyrics for “Mentor of the Meek” as they would have appeared in the Magic album:

She sleeves her cards and she don’t know
He’s got the best deck in the room.
She got up-paired.
He four-and-ohs
At every local store.

And he’s got playmats on the wall
From all the GPs that he’s won,
And he beats everyone in here.

Her third land. She says go
With nothing to save her.
She’s too slow: He’s aggro.
I wish that I could make her see.
He’s playing Mentor of the Meek

It’s Friday night and he’s got her low.
There’s a million guys in play.
She blocked lethal,
But the pressure’s on.
She’s protected on the ground.
But he’s got answers for her walls
From all the cards he’s drawn before.
And she’s played all her favourite spells.

Her third land. She says go
With nothing to save her.
She’s too slow: He’s aggro.
I wish that I could make her see.
He’s playing Mentor of the Meek

He can’t be beat.

*Author’s note: This article is a work of fiction, written for entertainment only. My apologies to Wizards of the Coast and American Hi-Fi.

I hope you enjoyed the story and the lyrics. 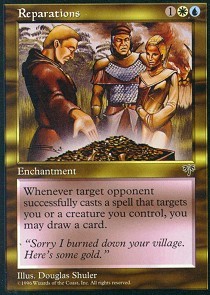