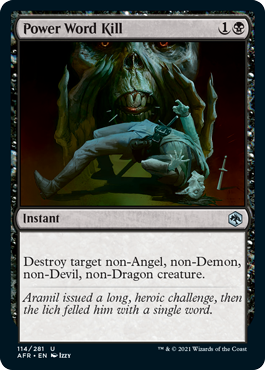 The death of a character can be hard. Not just for the player, but for the entire table. There can be an inclination to brush it off as if it was nothing. The player quickly rolls up a new character and the story continues as if nothing happened. Not only is this unrealistic, it denies both the players and characters a chance to properly process the loss.

The impact of a character death can colour an entire campaign. Suddenly this journey is a lot more perilous. A death in the party may test the mettle of the surviving characters, or may be the motivation the characters need to keep going. It’s not uncommon for a directionless party to unite behind the memory of their fallen comrade. Those who remain can treasure the fleeting moments they had together, and grow.

Death is an end. It need not be the end. 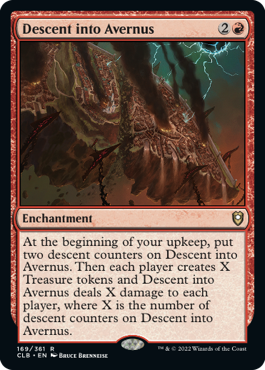 An excerpt from the journal of Elora Warchild
Penned 1492 DR, somewhere in Avernus

The fiery blade struck my shoulder and carved down. Its flames spread to engulf me. I felt an intense pain, but before I could even let out a cry of agony, it was gone. I was gone.

It took me a moment to clue into my surroundings. A starscape all around me. I floated in the stillness, a numb feeling enveloping me. This was not what I expected. Not what I’d read about. This was different. A lonely limbo holding me between the worlds.

I thought back to my favourite poem, as I often did in times of stress. It’s a beautiful tale of a woman who defeats a dragon in single combat, before succumbing to her wounds. “They carried her/On bolts of cloth, held proud aloft/Through silent shops and streets….” Those words fell from my lips into the vast silence around me. They were a comfort, but a fleeting one.

I sat in the twilight for who knows how long. Maybe seconds, maybe an eternity. A melancholy slowly pushed at my mind. This was it. I’d failed. My friends would have to go on without me, and I would remain… here. In this emptiness. Alone.

Then, breaking the stillness, I heard their voices drift up. They were faint, as if shouting from a distance. I couldn’t quite make out the words, but could hear they were calling to each other. Frantic, I think. Panicked. As I shouted to them in vain, a bowl of light rose up, and with it a glowing archway. Its sudden appearance startled me to silence. In the archway stood a silhouette of a woman. She beckoned to me, reaching out her arms….

Pain. I cried out as the sensation suddenly returned. It was worse than I remembered, and for some time I could focus on nothing else. I gradually become aware of my friend beside me, soothing and consoling me. A lingering glow from her resurrection spell still clung to her fingertips and reflected in her tears.

I was back, though the experience had left me disoriented. I didn’t say much as my friends set up camp for the night. I sat and half listened to their conversation, but my thoughts drifted back to the sea of stars and that lonely limbo. Who was the woman I saw? Was I supposed to have gone with her instead? My friends could see my mind was elsewhere, and a gentle prompt pulled me back to them.

“What was it like?” They asked. I wasn’t quite sure how to answer. Dying was painful. And after it was…calm? Serene? The starscape was beautiful to behold, but it came with such a profound sense of loneliness.

I’ve always believed that fate guides us to where we need to go. If I was meant to die, I would like to believe that I was also meant to come back.

I don’t know how I’m going to tell my mothers about this. 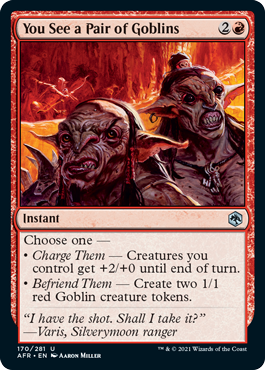 Adina Clearwater, on the death of her companions
As penned by her daughter in 370 AC, some twenty years later along the east coast of Ansalon

I remember dancing with them during the elven harvest festival about a week before our run-in with the goblins. It was the first time in a long time we’d really felt safe, and we reveled in it. We’d been on the run for so long, it was wonderful to just relax and have fun for a change. Good food. Good song. Good company. The troubles of the world melted away, if only briefly.

We’d all had a little too much to drink at one point, and one of us suggested that we sneak into the matriarch’s chambers. I’m not sure why we thought that was a good idea, but it went about as poorly as you’d expect. Still, it was worth it for the laughs. It was lucky we were in the matriarch’s good graces, though; we managed to get out with only a slap on the wrist and a stern talking too. I wish things had gone that well on the trail.

I was keeping a lookout, but I didn’t notice them in time. They were lurking behind some rocks near the ravine and waited until we got close. Then they jumped us. They had us outnumbered and surrounded. We fought hard, but my friends fell in quick succession. I was the last one standing. I was certain this would be the end for me too, so I did the only thing I could do; with the last pinch of our dust of disappearance, I dove behind a stone to hide.

The goblins circled around to spot me, but the dust did its job and concealed my presence. I knew that if I tried to run they’d easily catch me, so I stayed out of sight and waited for them to leave. I had to watch in silence as they dragged my friends’ bodies to the edge of the ravine one by one and tossed them down to the wolves below. The patrol moved off, and I waited a little longer. Once they were out of sight I sprinted back to the trees. I felt like such a coward.

But what else could I do? I couldn’t save them. I couldn’t even avenge them. And if I died too, what would become of our quest? If we all fell, then all this would have been for nothing. They deserved more than that. If their sacrifice meant the world could be saved, then maybe it would be worth it.