I’m heading to Calgary, AB next week for work. I’ll be there for about a week, and I don’t have any colleagues coming with me. I’m fairly used to travelling for work, but this is one of the first times I’ve travelled to a major Canadian city that has an established Magic scene, so I’m pretty excited. Playing Magic in a new city is something that requires a bit of planning, whether you’re heading to a GP, moving to a new town, or just visiting like I am, so I figured I’d throw down some of the thoughts that have been running through my head over the past few days.

Take appropriate precautions to prevent your cards from getting damaged! This can be as simple as investing in a good, high-quality deckbox. I’ve always been a huge fan of the Ultra Pro Satin Tower. For the $12 CAD price tag you really can’t beat it. I’ve dropped these before from a decent height with no dents or scratches or damage to the cards inside. They snugly fit 100 double-sleeved cards, which means they’re not rattling around on the inside. The one drawback to these boxes is that they’re a little on the bulky side. Each deckbox has its own dice tray, which is good if you’ve only got one or two decks, but once you get past that it becomes a little cumbersome to haul them around. Recently I was looking for a compact solution that would fit in my carry-on luggage, and I found something that suits my needs perfectly. It’s a little on the pricey side, but I’m talking about a storage solution for decks worth anywhere from $100 to $3,000, so in the grand scheme of things this is money well-spent.

The Ultimate Guard Boulder isn’t normally a deckbox that would catch my eye. They also fit 100 double-sleeved cards, but they’re fairly plain, and for the $10 CAD price tag it seems like they’re worse value than the Satin Tower. What makes them great is how they fit in the Ultimate Guard Arkhive. I’ve always liked Ultimate Guard’s Flip’n’Tray series of deckboxes for their materials, construction, and strong magnetic clasp, so the Arkhive wasn’t a tough sell. The best part about the Arkhive is that it snugly fits four Boulders! This solution has no storage at all for dice, so if you don’t already have a dice bag, swapping to this storage system involves figuring that piece out as well. If you don’t want to carry the full four decks, you could always use one of the boulders for dice. I wouldn’t recommend having three boulders in the Arkhive with your dice loose in the box because of the way the Arkhive’s lid is constructed.

In total, an Arkhive and four Boulders will run you about $90 CAD + tax.

If it were at all possible to totally prevent all losses to your property, you wouldn’t need insurance. Unfortunately, we know that’s not the case. Talk to your insurance broker to ensure that cards are insured under your policy. I work in the insurance industry but I won’t be giving any specific advice about this beyond the fact that some home and tenants insurance policies cover a small amount of collectibles. Those collectibles may or may not be covered when they are away from your home. Your broker or agent can tell you whether there are any limitations to the amount of your insurance or the circumstances that would have to be true for a loss to be covered. Be sure to ask about “mysterious disappearance”, which is what happens when you lose your cards or they are stolen and you can’t prove specifically that they were stolen.

If your base policy limits for collectibles (or extended limits, if available) won’t adequately cover you, you can sometimes purchase additional insurance, sometimes called a “floater” or “scheduled items coverage”. This allows you to specifically list things you want to insure for a specific value, and is commonly how people insure things like expensive jewelry, paintings, or sports equipment.

Always better to get the information before you need it. Make a list of the things you’re taking with you (and their values) on your trip and keep them with your insurance policy. If you have any big-ticket items, take high quality pictures of them in ways that show their condition, front and back. If you get in a dispute with an adjuster with respect to the value of your property, this type of thing can help you immensely.

Magic cards, especially when they’re in deckboxes, show up on x-rays and scanners as a large cube of relatively dense matter with no real distinguishing features. I’ve had other judges tell me that airport security folks have told them their cards look like anything from plastic explosives to blocks of cheese on the scanner. This can look fishy when you’re going through airport security, so don’t pack them really deep in your luggage. I know it can be really tempting to surround them with something soft for extra protection in case your luggage is thrown around, but I’ve been pulled aside almost every time I’ve had a deckbox in my luggage. At this point I just pull it out of my bag with my laptop and put it in the tray to send through the scanner. If they do pull you aside, expect them to ask you what it is! I know it can be pretty difficult to explain Magic to people who have never heard of it, but you don’t have to give them the entire history of the game. Just tell them it’s a trading card game. My decks are pretty valuable, so I also politely ask them to be careful while handling them.

If you’re a snarky jerk who Mindslavers people on a regular basis, you’re probably familiar with Comprehensive Rule 100.6b:

Players can use the Magic Store & Event Locator at Wizards.com/Locator to find tournaments in their area

For those of us that aren’t, though, this tool can actually be a pretty good place to start when it comes to scoping out the Magic scene in a new area. After getting an idea of which stores have Commander nights that I might want to go to, I decided to head over to Facebook to track down some regional Magic groups. I joined a few of them, and noted which stores actively promoted events. Before you lock in your plans and make a list of the places you want to go, contact them! It might be really convenient to schedule a visit to a game store on a Wednesday night, but if the store’s events don’t regularly fire it might be a wasted trip. Ask them how many people show up and whether you have to show up early to register.

This is more important than you might think. Plenty of stores do leagues and unique events that could span more than one night. You don’t want to show up blind and find out that the night you picked to jam a few games is night 6 of 10 of a points-based Armada-style league.

You might have to reach out to people who actually play at the store to get a good feel for this, but I’m a strong proponent that the decks you bring should fit well into the meta you expect to play in. If you’re traveling and you only have limited space in your luggage, you might have to settle for “bringing a smaller version of your stuff”, as George Carlin would put it. If you can get some information about the types of decks that are normally played at the store you’re going to, you can get a good feel for it. I have 9 paper decks assembled at the moment, but given that I have space for 4 decks to take with me, I’ll be bringing Anax & Cymede Heroic (casual), Vial Smasher / Silas Renn CMC-matters Group Slug (casual), Nin, the Pain Artist Blue Moon Scepter (competitive), and Momir Vig Heritage Hackball (competitive). 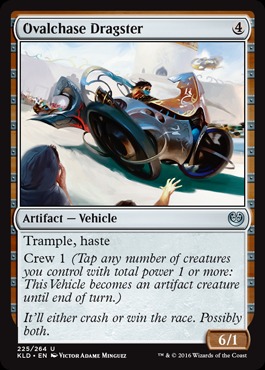 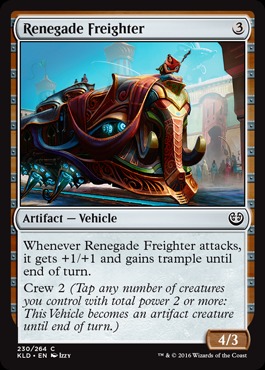 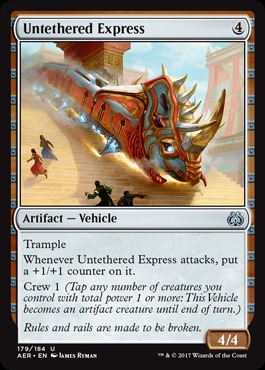 I was discussing the content of this article with a group of local judges who frequently travel to GPs, and this is one thing that mostly everyone could agree on. If you’re in a strange city, transportation can be an important consideration. Not every game store is in a nice neighbourhood. If you’re driving, be sure that you have a safe, well-lit place to park. If you’re taking public transportation, make sure you know when bus or train service stops running so you’re not stranded if the games go late. It’s always a good idea to have the number of a local cab company saved in your phone, or a ride-sharing app downloaded and configured with your payment information so it’s ready to go on short notice. It’s also not a terrible idea to print out a map of the area around the store so you can get back to a major route or landmark if you get turned around.

It’s also not a terrible idea to pick up an external battery for your phone. I use something similar to this, which I bought when Pokémon GO was released, and it’s served me really well for a couple years. Making sure your phone stays charged is a really important part of staying safe.

This tip cuts both ways. If you have house rules in your playgroup, it’s extremely unlikely that people in a different geographical region will play with anything resembling your house rules. Expect to play with the regular EDH banlist and deckbuilding guidelines, but be prepared to roll with the punches if the store you’re visiting does something weird. This is something you can ask about when you reach out to the game stores beforehand, but be prepared because sometimes this kind of thing can blindside you.

Seriously, I can’t emphasize this enough.

If you’re used to playing with a tight-knit group, people usually have a more relaxed attitude towards this. When you’re playing with strangers, this kind of thing is important enough that it should be in the rules of the format. Some people don’t want other people—especially strangers who they may not trust—handling their cards, and you should respect their wishes. If they tell you they’d rather you didn’t, ask them the card’s name and offer to bring up the oracle text on your phone.

Beyond respecting people’s personal property, there are a few other etiquette-related tips that I think people should really try to adhere to. First and foremost, try to be on your best behaviour. Not every game store is the same when it comes to profanity, and some people take it more seriously than others. For the most part, stores want to try to cultivate an environment that’s welcoming for kids. 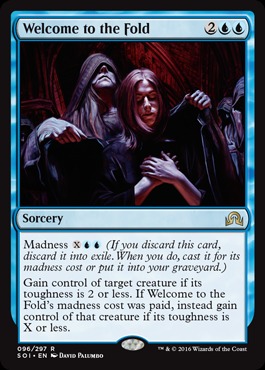 I personally think this goes without saying, but be friendly! Commander is one of the most—if not the most—popular format, and on any given night at any given shop, your chances of finding someone who wants to play a few games are actually pretty high. Mention you’re from out of town and you’ve got a few Commander decks. I’ve never turned someone down who approached me in a game shop, and I’ve never been turned down either. I’m sure it’s possible that someone would say no, but Magic players love playing and talking about Magic and Commander players love playing and talking about Commander, so don’t be shy! I know a lot of us out there struggle with anxiety associated with meeting new people, but hopefully the fact that you have a ton of things in common with the people in every LGS on the planet will provide you with some comfort and courage.

Do you have any Magic-related travel tips you’d like to share? If so, hit me up in the comments below!