After reading back over the last couple instalments of The Metaworker, I realised that some of the strategies I’ve been getting into might be a little heavy for the average playgroup. In fact, the whole concept of making appropriate meta choices sometimes has the effect of sparking a sort of arms race within a playgroup, where escalating power levels make the play style unforgiving and tedious.

Quite often you’ll hear spirited discussions about the “spirit of Commander” when you’re surfing the MagicTCG subreddit or the MTGSalvation Forums, and it’s a concept you may already be familiar with. In essence, it refers to the idea that Commander is a format whose loose rule structure allows for deck diversity and a more social environment. This removes a lot of the tension that’s associated with competitive Magic. Quite often this translates to deckbuilders making suboptimal card choices because they value things like flavour, interactivity, or inclusion of a pet card over closing the game out as early as possible.

With that in mind, let’s dive right into this week’s topic – Having Fun with our Friends, which I’m going to break down into three main ideas.

When I sit down with a group of people to play Commander, the very first thing I do is talk to them a little about what style of game they like to play. I do this because

You’ll notice that I very explicitly avoided using the words “spike” and “casual” in this definition because I believe there’s a lot of fun to be had at both ends of the competitive spectrum, as long as everyone in the game knows what they’re getting into. Sometimes the answer is “ramp to fatties and beat face”, other times it’s “Warp World and Goblin Game”, and in my own personal playgroup it’s “tax, stax, and efficient resource conversion (which is a concept we’ll be talking about in a later episode”.

I haven’t really touched on this idea yet in these articles, but it is absolutely true. In any playgroup there’s bound to be a disparity in the deckbuilding skill and budget of each deckbuilder at the table. If you recognize that your own decks are at a significantly higher power level than what your friends can handle, and they’re not adapting to handle your strategy appropriately, it could be time to build a new deck.

If you find yourself identifying with the situation I’ve described above, do your best to avoid pulling punches in gameplay. Letting people win because you’ve determined that your opponent’s deck is incapable of beating yours comes off as patronizing, and it has the tendency to escalate tensions rather than diffusing them. The time to pull your punches is in your card selection during deckbuilding, as it limits your access to tools you normally lean on as a player.

The strategy I use to hammer home these 3 ideas is to ensure that I’ve got access to decks that have a variety of power levels and strategies. My current lineup, in order of power level, looks something like this:

To get an idea of what deckbuilding on the lower end of this spectrum looks like, I want to take you through the deckbuilding process for my lowest power deck headed by Kangee, Aerie Keeper. Rather than building around the commander, I started by making a list of what I wanted the deck to be:

While going over a list of my favourite creatures with Changeling, it became very obvious that this deck was going to be either Bant or a subset of Bant colours. This would give me access to the best Changeling creatures in the game (Chameleon Colossus and Mirror Entity) as win conditions, as well as the Merfolk, Elf, Sliver, and Bird lords that I felt could form the spine of this deck. Before going out to buy any of the cards I wanted to jam into this deck, I took a look at the Bant commanders I’d have access to: 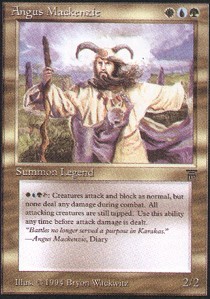 Angus Mackenzie – this, in my heart of hearts, is who I want to be the commander for this deck. Tiny Leaders, the reserve list, and a small print run are the main factors why you won’t see Mr. Mackenzie heading up a budget deck any time soon. 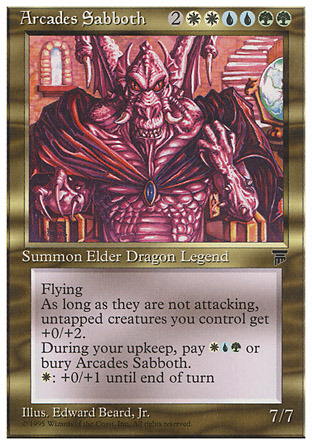 Arcades Sabboth – this is an interesting choice, and it almost won out. It sends the right message to the other players at the table as far as what this deck is and what it intends to do. 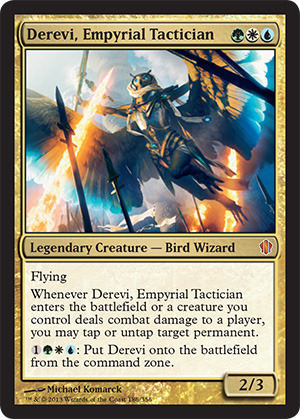 Derevi, Empyrial Tactician – I can tell you first hand from my own playgroup. Derevi is an absolutely punishing stax general. Derevi dovetails (intentional) really nicely with bird lords, which opens up commander damage as a win condition. Even though this deck wouldn’t be build to take advantage of Derevi’s most powerful interaction (untapping Gaea’s Cradle multiple times per turn), this commander sends the wrong message to the other people at the table, which works against the first idea I’ve outlined above. 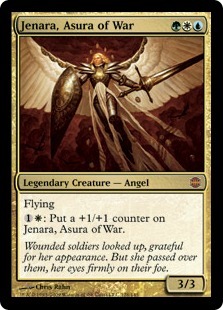 Jenara, Asura of War – Jenara has built-in evasion and can get bigger as the game goes on, but without any worthwhile angel lords on my radar she didn’t make the cut. 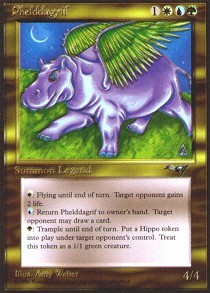 Phelddagrif – Phelddagrif almost won out, but the signal this sends to the table is that I’d be playing group hug. That’s not what this deck is about, and there aren’t any really obvious tribal strategies that the big purple hippo enables. 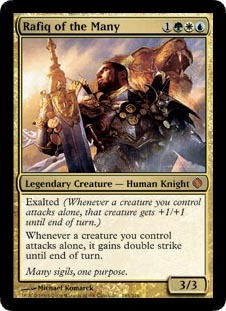 Rafiq of the Many – Rafiq draws a lot of hate from most tables due to his ability to produce really explosive turns that take advantage of double strike. For the same reason I avoided Derevi, I’m avoiding Rafiq. 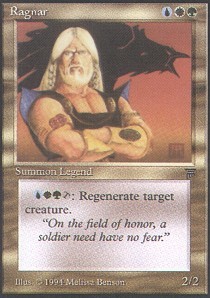 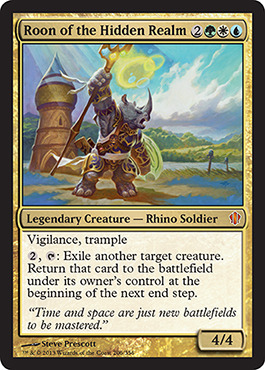 Roon of the Hidden Realm – I’ve already got a Roon deck that’s not going anywhere. 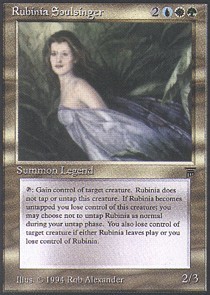 Rubinia Soulsinger – Similar to Arcades Sabboth, Rubinia almost made the cut. She’s in a relevant tribe (faerie), and has a pretty decent ability. Ultimately, the decision here came down to being able to take advantage of my commander’s ability while leaving commander damage open as a win condition, which Rubinia can’t do easily. 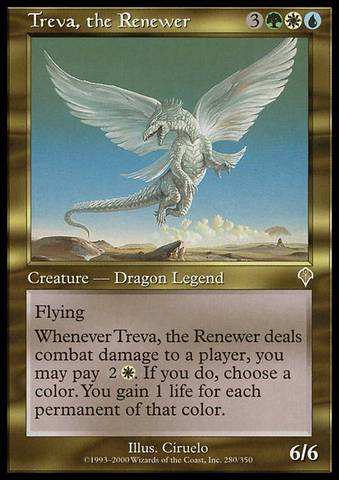 Treva, the Renewer – I was never super impressed with this cycle of legendary creatures. Treva was cut totally out of personal bias.

At this point, after scouring the entire list of Bant commanders, I decided that – in order to stick to my objectives for this deck build – I had to cut either green or white and settle in with an Azorius or Simic commander.

That’s when I came across Kangee, Aerie Keeper.

Kangee is a tribal lord with an ability that is so overcosted it’s laughable (7 mana investment before it even acts as an anthem. Even worse, it’s a totally symmetrical effect!). This commander is perfect in every way, so I said goodbye to all the sweet elf tech from the green slice of the colour pie. Kangee sends the right signal to my opponents as far as the deck’s power level is concerned.

At that point, it was just a matter of picking out the choicest pieces of tribal tech I could find on a budget, and throwing together a list! Copying lords tends to be a powerful effect, and manipulating creature types expands their scope of influence to off-tribe creatures, so I had a few natural sub-themes to work into this list.
Kangee, Aerie Keeper by James LaPage

When I put the final touches on this decklist, what I was left with was a deck that is not particularly threatening. It definitely has the potential to do some ridiculous things (like turning an army of bird tokens into a copies of Aven Brigadier with Infinite Reflection), but it explicitly does not include any resource denial strategies or cards that hose any particular strategy. This ensures that other people in my playgroup will be able to play their own strategies relatively unimpeded.

Let’s take a look at the three ideas I outlined at the beginning of this article, specifically in the context of this deck:

In short, this is a deck I’m proud to have in my arsenal.