Welcome back to Jester’s ReCap, the mythic foil of Magic…ehh. OK, the playable uncommon of Magic news. No? OK, a place to hear about all the latest Magic news that I write up with the understanding that I will do no research, won’t refresh my memory by reading anything twice and generally don’t do anything too strenuous because I’m super lazy. Lots to cover this week, so we’ll dive right in, starting with the bread and butter.

You know, there was a picture on the subreddit this week of the final screen shot someone took of MTGO v2.5 shutting down. It ends with a rather obvious Douglas Adams reference, it’s absolutely atrocious to look at and it appeared someone was repeating MEXICAN WAVE in all caps for some reason. I assume because its hard to throw a beach ball over the internet. And yet, a lot of people seemed to have a ton of nostalgia for this version of MTGO. It was ugly, but people’s good memories and some apparently great scams people ran through the old auction system ingratiated it with the old guard.  I don’t want that for v4. No way, no shortcuts to glory.

Some people think Arena is “v5”. I don’t think so, the idea of getting arena to a point where it could even support Modern seems insane, never mind Legacy or Vintage. There’s just so much history to recoup and its not like WOTC is going to slow down in producing new cards to let you catch up. One day though, Arena might get there. Or one day there might be a real “v5” and it might be clean, and pretty to look at and have all the functionality and UI design we crave. One day maybe you’ll be able to buy Magic cards with good intentions and track life totals with hugs and we’ll burn all the people who flick their cards in an incinerator to provide affordable heating to the needy. And on that glorious day, I just want you all to remember…

MTGO sucked. V4 sucked out loud. It couldn’t count to seven for Threshold. It couldn’t cast Genesis Hydra. It crashed constantly, froze frequently, and it had god-awful sound effects that every single one of you turned off the day you installed it. It was slow. I don’t mean, watch the loading bar slow, I mean too slow to possibly be working properly. We’re talking dog sled on the Autobahn slow. And the sled is being pulled by meerkats. Lazy meerkats with arthritis. Lazy, arthritic meerkats who spend their paychecks on lottery tickets. That’s the kind of slow I mean.  So, no, I’m not going to let hypothetical future nostalgia generate this program any easy goodwill. Let my articles stand as a monument to its shitty design. Like a museum dedicated to the preservation of our rich history of being… gently inconvenienced… for a few years. Damn, inviting the museum comparison did not do me any favours. 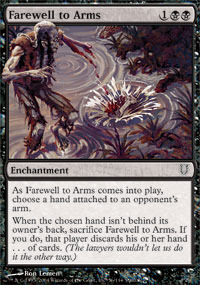 So, first, let me say good luck to anyone who tries out for the Great Designer Search, applications for which are open until January 15th. For those of you who don’t know, the Great Designer Search is a gameshow style competition that WOTC has hosted before, aimed at letting a member of the community compete in skill-testing challenges framed around building your own Magic set. I believe ideas pulled from GDS 2 include the “Evolve” mechanic and a world of Dinosaurs. And this time will be no less fun, I’m sure. I am consistently impressed by some of the talent for card design and inventive thinking that our community contains, and I know that a lot of you have what it takes to work an internship at WOTC. I do, however, have two little caveats:

WOTC, did Unstable just make you think that you can start recycling all your old ideas and we won’t notice or care? Because you already were doing that by releasing approximately 100 Master’s sets in the next few years. If you’re still planning on bringing back stuff that kind of worked a decade ago, might I make a few more recommendations? I’d say durable cardboard, premium foil boosters and maybe, if you’ve got the pull, Crocs. No real reason, but I’ve never been a fashionable guy and I just sort of missed them the first time around? I would like to see what all the fuss is about. They’re like plastic shoes, right?

Remember what I said about how you guys consistently impress me? Yeah, I wasn’t talking to you, guy who just “designed” a 4-colour, 350-word essay with flash and hexproof. Some of you people are goddamn monsters. I don’t care that it has the “Legendary” drawback, no one is printing a 2-mana Baneslayer Angel with haste. I don’t care if it’s a 5-mana 1/2, because it says “U:Draw a card” on it. Also so help me, whatever god is angriest, if one more person decides we need another card printed with a cost payable entirely in Phyrexian mana, I will find you and I will reduce your life total by 2. I will kill you, and then I will resuscitate you, and kill you again.

And finally? Not every major public figure needs to be turned into a Magic card! I don’t care if you think Selena Gomez should have first strike you freaking lunatics. Although, giving Walter Cronkite vigilance was kind of a nice touch. 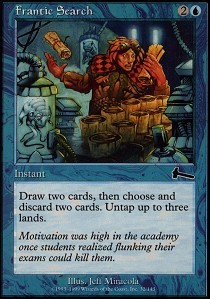 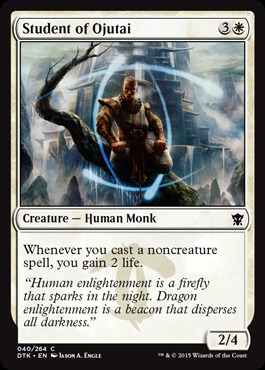 So, decent people may not be aware of this, but there’s apparently some kind of organized campaign to call up Local Game Stores and ask them if they support WOTC’s “anti-white, anti-male, SJW” policies. If those local game stores say something to the effect of “Yes, I do support equal rights” or “Oh my god, this is a place of business you mouth-breathing troll person, leave your bullshit internet drama at home”, or “I have no idea what the goddamn shit you’re talking about, do you want to buy some Magic cards or what?” then these sterling individuals leave negative reviews for the store.  I have no idea how widespread this is, but it’s happened more than exactly zero times so I get to talk about it. And, by the way, this isn’t like last time where I had to sigh deeply and talk about a serious issue that affects all of us. No-no sir, we are strictly in “point and laugh” territory today.

See, I worked in a local game store in university. Actually, I loved it more than any job I’ve ever had and worked it from my senior year in high school through until well after I had a “real” job, because the community of my LGS was incredible. I knew almost every customer’s name, family, dreams and troubles. People would come in and chat for hours. When I bought my first house, a lot of the customers found out and brought me housewarming gifts.  I babysat for some of the parents who lived near the store. I’d get invited to local get togethers, even a wedding one time. I still play Dungeons and Dragons with some of those guys. It wasn’t a store, it was a clubhouse that sold things. And do you know how we cultivated that incredible atmosphere of friendship and camaraderie? 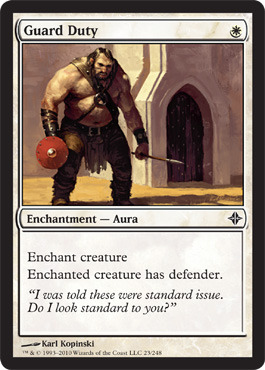 I threw people out. Did it all the time. You want to creep on girls? Or be racist? Or make fun of our gay clientele? You want to make untoward advances to our female staff, or bully some kid who just wants to buy some Pokemon cards? You can get the hell out. Yeah, we lost your one sale. Or hell, maybe you’re a regular who we tolerated for awhile and you could be a lot of sales. But I promise you, chasing you out and making everyone else breathe a sigh of relief made us a lot more money in the long run. So, believe me, Shitheels, post all the bad reviews you want. Every time you post an “Anti-SJW” review that proudly proclaims that some small business owner is “anti-white, anti-male”, thinking and feeling human beings auto-translate that to “Oh good, they’re not racist and assholes don’t shop there.” You aren’t hurting anyone, you’re giving away free advertising.

You didn’t just fail to land a blow for your Nazi bullshit. You tripped mid-swing and managed to somehow knock yourself out while handing over your wallet. It might be possible for you to fail harder, but probably not with your pants on.

That’s all for me this week. Next week, absolutely nothing relevant, I promise. Just 1500 words about how Frost Giant should be blue.