Welcome back to the Jester’s ReCap, a place where we all point and laugh at Magic: the Gathering together. Only, you know, in a supportive loving way. After last time’s feast of exciting news, things are bit more famine-y this time around. Fear not though, I’m sure I can vaguely recall the details of enough stuff to keep you up to date on all the latest happenings so you don’t have to do anything desperate like read a real news article, view the Mothership or—god help you—check Twitter. And as always, we begin with…

Let’s conduct a thought-experiment. Let’s picture after the bombs fall: a period of time when Mankind’s incredibly short-sighted selfishness, self-rationalizing delusion and raw unchecked hatred for each other has left the world a radioactive husk of dirt, the denouement of all civilization after we’ve proven to be a fundamentally flawed people. So like, late 2019-early 2020. You get it. 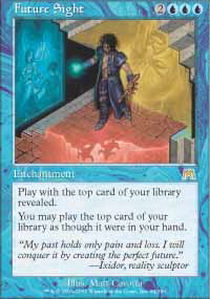 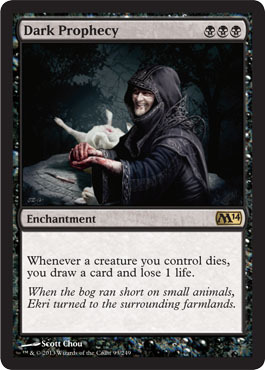 In that apocalypse, while we’re feeding on rat carcasses and deciding which kinds of mutants we’re going to be most racist against, aliens come down and ask us some questions about our doomed civilization. And somewhere in a descending line of questioning somewhere between “Did you not notice your oceans dying?” and “Why Steamed Hams?” they ask you to explain MTGO.

It cost ten bucks upfront, but most of its’ competitors were free-to-play. It wasn’t as good looking as it’s competition. It wasn’t as stable. It wasn’t as easy or as intuitive to use. If it was marginally more affordable than the physical version of itself it was only because the secondary market was flooded with more copies of everything. The price of packs didn’t get adjusted, despite the fact that digital cards cost nothing to print. Its social tools were laughable. Cards sometimes stayed bugged for months or even years—

We would explain ourselves, I think, with the following points:

Using MTGO is embarrassing because it proves that I value the ability to fire a draft at any time of day over my own self-respect, my own money, and my own supposed standards. At least heroin addicts can be emulating rock stars.

Great Designer Search 3 rolls on and Maro came out and gave us the answers to all the multiple choice questions from last time. Which I know everyone was probably constantly asking for, but what a dick move. I can’t speak for anyone but myself, but I was happy in my fantasy world where I scored 70-71 out of 75 and juuuuust missed the cut. Hey, yeah the questions were easy but that’s why you were only allowed to get 2 wrong max, right? They gotta make cuts somehow!

Then you check your answers and suddenly wonder if you even play this game. Oh shit, have the guys at FNM just been being polite? Does green get vigilance? Do I even understand what Myriad actually does? Do lands even tap for Mana? Screw it, I’ll just light all my cards on fire and go live in the wilderness. I can live with the wolves. Or coyotes. Or, like, tapirs. Are tapirs social animals? Could I live with a, um, herd? A group? *Googles it* A candle. It’s a candle of tapirs. And once a candle has accepted me, do they play any card games? 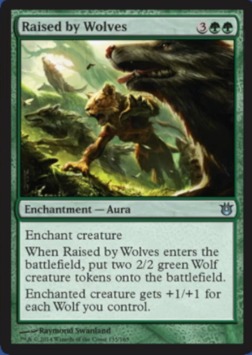 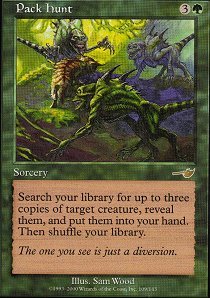 Ixalan’s finale left the fate of the Golden City up to a Twitter poll. Twitter did what it’s best at, misrepresenting public opinion, and the Sun Empire ended up in control. I will point out, as it bears mentioning, that Huatli is the most interesting character we met in the Sun Empire. Although, charitably the Twitter-verse might have misunderstood and wanted Zacama and the other elder dinosaurs to simply stomp around the city and keep it free of any pesky humanoids. Since they had to have the endings ready to go for any outcome however, WOTC did us a solid and showed us what we missed out on. The River Heralds crammed the city full of elementals and pointed out that they were there first. *Yawn* The Vampires don’t get to win, interestingly. Vona tries to take the city all by herself and ends up a Dinosaur snack. As far as an alternate story ending goes it’s pretty boring, but can you imagine if vamps had won that poll only for Wizards to pull that shit? “No, Magic Community, you were wrong and Vampires don’t get to win. PS we hate you.” I’ll note that Saint Elenda continues on her merry way to restore the Vampires to goodness or neutrality or whatever the shit. So, apparently that part was unavoidable. And then, the Pirates. I told you people that Pirates were the best. Co-emperor Breeches and Co-emperor Malcolm turn the entire city into a massive clubhouse full of drinking, cards and songs. Are you kidding me? Two best friends start Pirate-Vegas in the middle of the jungle? That’s not just the best ending to the story, it’s a Netflix series waiting to happen! Maybe HBO if Wizards ever tells us what Goblin and Siren genitals look like.

So when Jace Planeswalked to Dominaria he ran into Jaya Ballard. She called him a nerd because she’s an old lady now and we’re supposed to like her. For those of you who don’t know, Jaya Ballard was the original pyromancer in the Magic Story. A sort of proto-Chandra. Also, her legendary creature card was a sort of Proto-planeswalker before they’d figured those out. As a method to help us all whet our appetites for old characters, Jaya is basically perfect. She was presumed dead. She has a lot in common with a character we already like, plus most of what we know about her comes from some impossibly snarky flavour text. Meteor Shower or maybe Simian Spirit Guide are probably the best.

But what other classic characters could we presumably see on Dominaria, and why should you care? Those expecting a serious answer have not been paying attention: 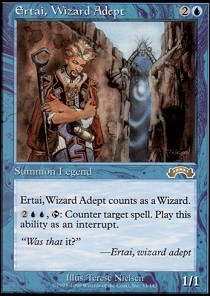 Ertai – Ertai is perhaps the most hateable version of Jace ever written. He’s an ultra-powerful, self-absorbed dick. So, the character a ten year old with confidence issues would play in Dungeons and Dragons. The only thing you need to know is his first card was a 3 mana 1/1 with 4-mana counterspell as an activated ability. There are only two options with Ertai; Either you’ve never heard of him, or you associate him with the most bullshit, do nothing, draw/go game of Magic you ever played. 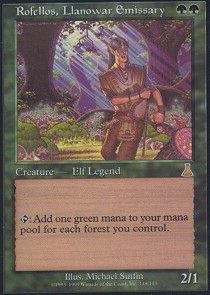 Rofellos – In almost a precise reversal, it would be a strange Magic player who’s never heard of Rofellos. That’s because he’s arguably the best mana-ramp creature ever printed, though losing to him feels no less like bullshit. His card’s power aside though, his most notable contribution to the Old Story was dying horribly enough to screw with Gerrard‘s head. Since Jaya was considered dead at one point too, I don’t think he’s completely off the table, and he’s got name recognition and clout. Plus, the less they’ve written about him in the past, the more the new creative team is free to interpret him to suit their needs. 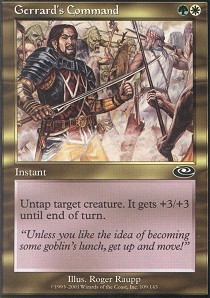 Gerrard – Strap in, because holy-shit-has-this-not-aged-well. Gerrard Capashen was the final product of Urza’s “bloodline project,” in which the ultra powerful oldwalker performed a bunch of wizard eugenics to create the “perfect human” to battle the Phyrexians. In case you were confused, the “perfect” human is a 6-foot-tall white guy of noble birth. Talk about shit that would not fly in today’s political climate. Gerrard’s family was murdered, so he was snuck to safety by Karn and raised by a warlord. Then just…just so much shit you guys. He dated Hanna, I remember that. He killed his brother? I think? I know he trained an army that turned out to be evil. Gerrard was the main character of Magic for years and only like 2 interesting things happened to him. I actually broke my “no research” rule and looked it up because I had to believe I was remembering some of it wrong. He ended up disappearing when the Legacy Weapon was used and is believed to currently be in Karn’s head, or soul, or something. I dunno, screw it, segment over.

Wizard’s took the time to remind the internet that fan art is perfectly acceptable. “Except when it isn’t and here’s a list of why it might not be…” Honestly, I just love the idea that there’s someone at Hasbro meticulously googling every single day looking for copyright infringement who might give a damn about Magic fan art. Somewhere between pictures of the Monopoly Man curbstomping a poor person in a political cartoon to a shocking and frankly disturbing amount of My Little Pony pornography, I guess he’ll take the time to send you a cease-and-desist about you drawing Chandra on your Trapper Keeper in social studies. And that’s it for me. As always your comments sustain my life force and if not fed properly I will be forced to stalk travellers in the night like a depraved beast. From the bushes I will watch until they are at their most vulnerable. Then, with the moon high in the sky and their scent on the wind, I will strike—leaping from the shadows and yelling “HEY AREN’T I FUNNY!?”. It’s very embarrassing.