Welcome back to Jester’s ReCap, the somewhat satirical, definitely-not-journalism reCap of the last two weeks of Magic News. Or, as it was known this week, me frantically hitting F5 hoping something easier to talk about than Gerry Thompson would show up in the feed, before giving a resigned sigh and typing this out at the last possible minute. There’s only one thing worth talking about this week, and I’m in no way qualified to talk about it. Hang tight, this might get weird. Before we wade into “way over my head” territory, though, let’s start with the jacuzzi-depth comfort of my favourite topic.

Magic: The Gathering Online Is Not a Great Product

I’ve been waiting for it to run out the clock a long time now. Arena is here, open Beta should be two days away when you read this.  That won’t be the death knell for MTGO in any fashion. In fact, it’s probably just another opportunity for Arena to catch up a bit in the number of times it crashes or number of known bugs. But though MTGO is a lame duck, and we’re all just waiting for its era to end, it does suddenly seem mean-spirited to rag on it. Yes, it’s a hot garbage burrito wrapped in a tortilla made of burnt tire rubber, but now that its successor is so clearly here pointing that out, it seems too much like punching down. Jokes that would have at least made me smile a couple months ago just make me sad now. It’s like watching someone you didn’t like growing up suddenly get old and frail. You still don’t like them, but suddenly pity has outweighed your anger.  I waver back and forth. On the one hand, I’m sympathetic to watch a once proud monopoly suddenly have to split something with its younger, more attractive cousin. (In this case they’re splitting our time and attention, all the money still goes to the same place). On the other hand you want to just smother it with a pillow whispering “Shhh. Only dreams now. Just let go. That’s right. To the light.” 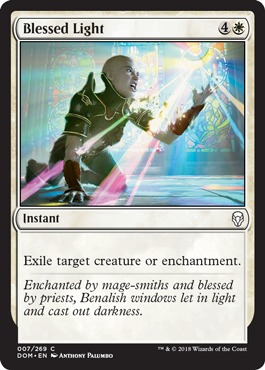 Here’s a really rough rundown of what happened, from my memory. Gerry Thompson is a Pro Tour Magic player with at least one Pro Tour win under his belt, and I believe a couple or maybe a handful of GP wins to boot. Gerry wrote a long, scathing, unflinching list of complaints he had with WOTC and how they handle the Tour. Let’s be clear, if you want the Jester’s ReCap seal of approval there’s no better way to win me over than a long list of complaints. And his complaints were totally justified. There’s about a dozen places you can read them if you somehow missed his original post on Reddit. I’m not going to tackle them in-depth because, A) I’m very late to the party and B) Others can opine about the nitty gritty better than I can.

The thing is, Gerry didn’t stop at Reddit posts and Twitter bitching — he backed it up with actions. He announced, about an hour before the biggest Magic tournament of the year, that he had no intention of competing.

You can’t earn a living wage winning Magic Tournaments, it’s not feasible. That’s a serious detriment to the game given the time dedication it takes to achieve Pro Status.

You can’t get famous being a Magic Pro. Oh, you can get some name recognition and there’s room to get Famous Within the Magic Community, but let’s face facts, if you know these guys it’s because they write articles, or do videos or have a podcast or are Saffron Olive. That’s basically asking Magic Players to have a second job (or, because of the wage thing we talked about, a third) if they want to build any kind of brand.

WOTC has always dragged its’ feet expanding coverage and marketing its events because it has never seen itself as competing with anything. But eSports are thing now, Magic counts as one, and it has to realize that it’s getting the shit kicked out of it by a bunch of inferior games which have presented a vastly superior viewing experience. That keeps away things like Sponsors and Advertisers, which in turn keeps pay a paltry sum for the Pros.

So, that’s the briefest recall I can do of Gerry’s points. And people are rehashing them, discussing them, lionizing them and rebutting them across the community. My job is to get angry and bitch about it and…honestly, I’m having a hard time getting the ire up, here. This seems like a pretty solid goddamn argument to me.

Let me put it this way. The best analogy in professional sports I know to Magic is Golf. Professional Golfers get paid nothing for showing up. You have to place, you have to win. The better you do, the more you get. That’s sorta similar.

Thing is, Golf is AMAZING at Branding their players as legendary heroes. Sure, sure, everybody knows Tiger Woods. But honestly, Jack Niklaus, Arnold Palmer? These are names you know even if you don’t give a shit about golf, which I really, really don’t. These guys are old dudes who need an electric cart to get around a course and they are mentioned in the same breath as athletes like Aaron Rodgers. Odds are your Grandfather wants an autograph of Ernie Els and you can’t even be sure I didn’t just make that name up.

There’s a “Masters” tournament with a special green jacket. There’s every sponsorship under the sun — branded clubs, branded balls, branded cleats. Tutorial videos. The average Golf Broadcast spends more time showing the scoreboard than the actual golf by a factor of about 3, searing the names of the players into your brain.  Golfers would put their name on condoms or boner pills if there was a buck in it. They’re like Krusty the Klown but older and with worse fashion sense. And the Sponsors! Pharmaceutical companies and Banks, Coca-Cola and Arby’s. People are watching, there are whole channels for just Golf. Granted, it’s an older audience who are more swayed by advertising — but come on! If you can get people watching a 56-year-old dude in a polo shirt whack a ball that’s in a sand pit for 20 minutes, you can get people watching Magic! That why Pro Golfers are having sham marriages with super models and living on between 15 and 30 weekends worth of tournaments a year. Not because the prizes are enormous, but because Adidas will back a dump truck full of money up to your house and ask if they can put a logo on your firstborn’s forehead.

And don’t tell me it can’t be done. I have no idea if it’s true, but I’ve heard that “Starcraft is the National Sport of South Korea” like a hundred million times. And I know the players are freaking rockstars over there. Those guys do not have any Charisma your avaerage Magic player lacks. I had a buddy casually name drop a pro Counterstrike player in a conversation the other day, assuming wholeheartedly that I would know who it was. eSports people are getting for real famous, and Magic players are struggling to explain to their bosses why they keep taking weekends off to fly to New Mexico or Pittsburgh.

Magic players are smart, dedicated players. They are playing a fascinating game with millions of fans. But if you asked me to point out Sam Black out of a line up, I would struggle. Sam Black! He’s incredible and I don’t know if I could recognize him in line at the grocery store! Do I even know what Reid Duke looks like? Alexander Hayne is a Canadian treasure, but would I even spot him without a cowboy hat on?

So yeah, this little rant was more supportive than I thought it would be. It’s not for me. The Pro Tour is not in my future. It’s for the game, which needs to be more confident on a mainstream stage. It needs to be leaving behind the “Hobby” moniker and deciding to level up and sit at the big boy’s table. Wizard’s, please stop acting like you’re ashamed of the game you’ve made.  Yes, the barrier to entry is high. So it is with Starcraft. So it is with golf. Nascar. American Football. Darts. Comic Book Movies. League of Legends. French Poetry. Anything people can truly be passionate about is going to require a serious time investment.

Ok, that’s it for me. Let’s all hold hands and hope something funny happens in the next two weeks. Chances are WOTC is going to try and respond with some sort of band-aid bullshit to all this attention Gerry got. THAT should be good for a laugh. Please leave a comment with your thoughts and let me know all the shit I got wrong. Love you guys, except…that guy. *Points into internet* That guy sucks.