Search
Home
Rants of Valakut
Ascent, as the name suggests, is an experimental format for Magic: the Gathering based on the deck building game Ascension. These rules allow players to purchase cards from a central shop on their turn, and can be used in conjunction with other formats, such as Commander, Planechase, Hidden Agenda or Enchant World. 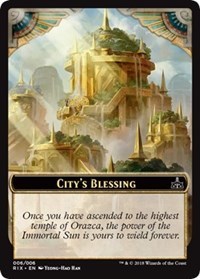 Ascent is played like a normal game of Magic with the following additional rules:

Before the game begins, create the Market Deck. This is an extra set of cards that players will be able to purchase throughout the game. When purchased, these cards are added to the players’ hands in a similar manner as Wishes, Lessons or Companions; they become part of that player’s deck, and that player is considered the card’s owner (in game terms) until the end of the game.
There are no restrictions on what cards can go into the Market Deck, but it should include a variety of card types, including creatures, lands, instants and sorceries. Players should all agree on the deck’s contents before the game begins. 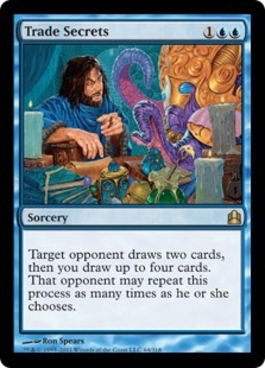 Players may decide to curate this deck with some of their favourite cards, or they may wish to include an assortment of situational sideboard options. Conversely, players may opt for a more random approach, such as shuffling several booster packs together without looking at them. — Grabbing a random selection of cards from the play group’s cube would be another great option!

However the players decide to build it, the Market Deck should contain at least 30 cards. While not strictly necessary, players may wish to put the Market Deck in distinct sleeves; this will help everyone remember which cards were purchased during the game, and will make cleanup faster.

After determining the staring player and resolving mulligans, shuffle the Market Deck and deal out seven cards in a line to form a shop in the center of the table. Place the deck to the left of the shop, and leave room for a discard pile to the right. 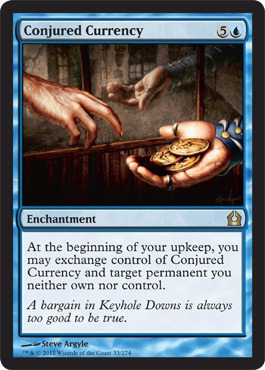 Players may purchase cards from the shop any time they could cast a sorcery. This is a special action that doesn’t use the stack. To purchase a card, a player must spend mana based on the card’s position in the row (see below). When a card is purchased, it is added to that player’s hand. Multiple cards may be purchased in the same turn, and do not need to be purchased at the same time.

Mana may be spent as if it were mana of any type to cast purchased cards or activate abilities of those cards.

When setting up the shop, determine the purchase price of each card. The leftmost card in the shop (next to the deck) costs 7 generic mana to purchase. The card to its right costs 6, then 5, then 4, and so on. The rightmost card costs 1 mana to purchase.

Shop prices are updated at the beginning of each turn. If a player purchases a card in the shop, it will not affect the price of other cards they purchase that turn. During the first untap step of each turn, slide the cards in the shop to the right, filling any gaps. Then, deal out cards from the Market Deck until there are seven cards in the shop. If no cards were purchased on the previous turn, first discard the card furthest to the right.

.
If no cards were purchased last turn, the rightmost card is discarded. Then adjust and refill the shop, as above.
.

After refilling the shop, determine new purchase prices for each card. This is the same as setup, with the leftmost card costing 7 generic mana, and the rightmost costing 1. 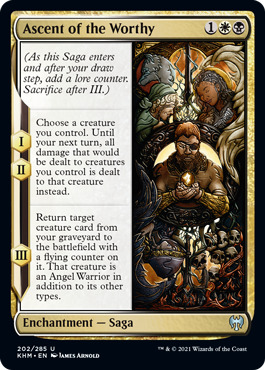 And that’s it! Everything else plays out exactly like a normal game of Magic. Keep in mind that ramp decks will naturally be better in this format, since everyone has access to an additional mana sink. Meanwhile, Rack decks that are trying to empty everyone’s hands might have a harder time. Also, if you’re playing over webcam, you’ll probably want to use cards everyone has access to. Above is a basic board you can use for your Market Deck shop. It’s laid out to fit on a standard 8.5″ x 11″ sheet of paper, with spaces large enough for sleeved cards. Feel free to print it out for personal use.

This Merchant Deck is designed to be cheap and easy to make, with a bunch of low powered cards. Players are unlikely to want to spend seven mana on a Manalith, but adding it to their hand for only one mana might be tempting. A list like this can give players a little bit of a boost, but their own decks are likely to do most of the heavy lifting during the game.

On the flip side, you could make a deck filled with high powered Vintage staples, like Moxen and Eldrazi, or include combo pieces like Splinter Twin that players might have to purchase just to keep them out of the wrong hands. A more powerful Merchant Deck shifts the focus of the game toward the shop, and who is lucky enough to get certain cards. 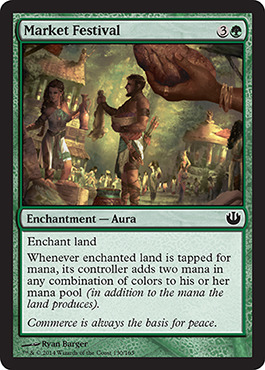 It all depends on what cards you have available, and what kind of game you want to play. Regardless, the next time you’re looking for something to spice up your Commander night, why not throw together a quick Market Deck and try Ascent!