Search
Home
Delving With Devin
Hello, welcome back Delving with Devin, today we will be covering part two of Leveling up with Devin! To find part one, please click here We left off talking about the importance of sideboarded games, which leads me to my next point!

Dont be a tourist! What do I mean by that? I mean tourists give off a big aura of “I’m not from around here, I am not sure what I am doing, I am lost, exploit me!” What I am referring to of course is the good old sideboard guide at a tournament, that people need to refer to in every single game. Not only does referring to a sideboard guide eat up precious game clock, which will give you more draws over time, but it also gives off a big sign that you have no idea what you’re doing, and your opponents can exploit that. To do well in a tournament, you need to have a fundamental understanding of your deck, its match-ups, and what you’re doing in side boarded games. Why are you side boarding certain cards in? Why are you side boarding certain cards out? How is this swap changing the fundamental components and strategy of the deck? When should I board a land out? if I do board this land out, how will that effect my ability to hit lands 4, 5 and 6? What if my opponent sideboards unconventionally vs me in game two, how will I sideboard in game three? These are all things that a sideboard guide can not help you with, and when a skilled opponent see’s that you need to refer to a guide for help on how to sideboard, they can exploit that by doing unconventional things that your guide doesn’t account for. Think about if you were to drop your car off for some maintenance at a shop, and the mechanic before he begins pulls out a “A beginners guide to auto mechanics” guide. how would you feel knowing that the person about to do work on your car is having to refer to a manual as they go?
Learn your sideboard plan, so that you can adapt as the matches and tournament progresses, and maybe be the one to next level your opponent!

When playing any game of competitive magic, you need to remain confidant, and calm. Drawing terribly while your opponent is consistently top decking the perfect card? You need to manage your tilt, and not let it effect your play. So many times when I watch people play, they either preemptively concede when they still had potential outs, or they complain about top decks and how its costing them the game. What this player should be thinking about, is what series of cards do they need to draw to win the game, and what series of cards does there opponent need to draw for them to win. Sometimes it can be extreme, like you need them to draw 3 dead cards in a row while you top-deck a bonfire of the damned into a land, into a thundermaw hellkite.

But still, you need to remain positive, and play as if these series of draws will happen. If you’re entering a tournament without a high level of confidence that you will win, you’re doing yourself a disservice.

Be honest with yourself!

Magic can be tough, there are so many decisions to make, and each one takes you on a different path. Magic is an intellectual game, and I find people take way too much pride in the decisions that they make; as if admitting to a misplay shows weakness. They would rather try to rationalise their sub-optimal play instead of recognising the superior play.

Be willing to admit when you made a mistake, and actively try to learn from these mistakes to help you improve for future matches. People who are married to the decisions they make in games often improve much slower then if you’re open to the idea that you had other options available, that for some reason you miss evaluated at the time. Learn to consider those lines in the future and better evaluate the lines. It’s only a mistake if you didn’t learn from it!

Play the right deck! (for you!) This is a big one, and I am going to try to explain some game theory to get the point across. The best deck for a given event varies on who’s the pilot. Just jamming the “best” deck isn’t necessarily going to give YOU the best chance to win. For this, you’re really going to have to be honest with yourself! There are a few factors to decide when choosing a deck for any given event. First, how many players approximately are you expecting at the event? 8? 25? 3000? The fewer the number of players, the more reactive of a deck you can run. The fewer the players, the easier it is to predict a meta game. normally 8 player events are local and you can probably guess what decks everyone will be playing. so deciding on what reactive cards to run is relatively easier. For a 3000 player GP, knowing what lists people will be on, or what your pairings will be is infinitely more difficult, so running a reactive list at a large GP is less optimal, and running a more proactive list will have better results. In bigger events, be the one asking the questions, not trying to answer them. 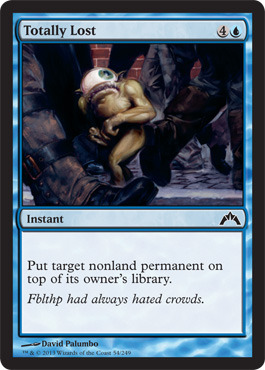 Secondly, what is your expected skill ranking going into the event? Again, you need to be honest with yourself. Are you expecting to be in the top 5% of players at the given event? or are you expecting to be middle of the pack as far as skill goes. The answer to this question can change on any given day, given which tournament you’re playing in. For example, at a local FNM or PPTQ you could be in the top 5% of players, while at the pro tour you could very easily be a middle of the pack or below average player. Knowing this, and acknowledging this and allowing it to help you decide what type of deck to play can be a huge factor in helping your over all win percentage. Let me explain!: 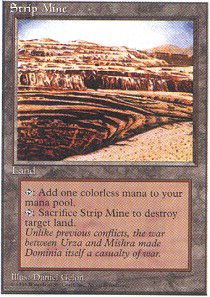 There is something I like to call the free win and free loss theory. This is to say, there are some percentage of games that you will have a god roll out that your opponent cant interact with, and you will basically get a free win. There is also a thing called a free loss, where you either mulligan into oblivion, or your opponent has their god roll out and there was nothing you could do. Lets say for two average mid range decks playing against each other the representation would look like this: 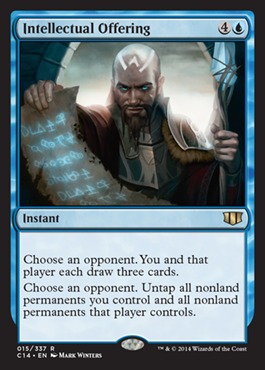 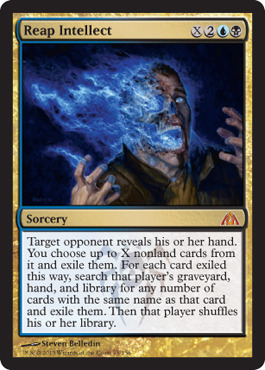 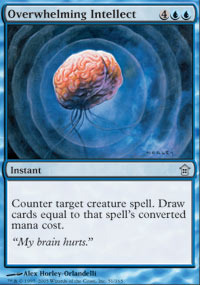 Lets say you are in the top 5% of players at a given event. This is the type of deck I would want to play at that event. You want to minimise the free losses that you will have from mana screw or your deck not having enough early interaction, and maximise the number of games decided in the mid game where you being a stronger player will allow you to make more decisions in a game and should lead to more wins. A great example of a deck that fits this chart is Miracles in legacy. You have very few free wins and very few free losses, and most games are decided in the mid game. Lets assume that you are playing at the pro tour and you are in the middle of the pack or a below average player for the event. I would want to avoid playing a deck that would have a game distribution that looks like this, as if too many games go to the mid game, I will probably be out played. If I am going to be an average-ish player at an event, what style of deck should I be considering?: You want a deck that has more variance built into it. You want to play a deck that might be less consistent, but has more potential for nut draws. You will have more free losses where your draws don’t come together, but if we’re going to win this event while not being the best player in the room, we will need to rely on getting a little lucky (its not really luck, because we’ve made a conscience decision to run a higher variance list). We want to minimise the number of mid game situations we get into. Think of it this way, if you’re going to beat a stronger player, do you really want to go to the mid game? An example of a deck that would have a graph closer to this would be Infect in modern. Lets say we’ve just qualified for the pro tour for the first time, and we are literally expecting to be the weakest player in the room. We got the free flight and want the experience, so we are still going to attend and give it our best shot. What list should we run? A consistent miracles style list? God no!: You want to maximise your nut draws at the cost of consistency. Notice in this graph there is literally no mid game, you’re basically all in from the get go. Either you have the nuts or you don’t. This will maximise your win percentage. An example of a deck that might fit this graph is Boggles in modern. Either they have the answers to what you’re doing or they don’t. it doesn’t matter if your opponent is LSV, if they cant interact with your 15/15 first strike trampling hex proof creature they’re going down to pound town. I hope you enjoyed this weeks episode of Delving with Devin, post any questions in the comments below!